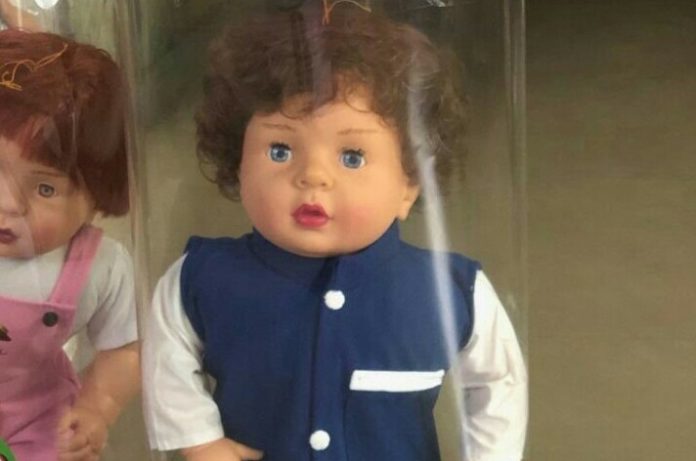 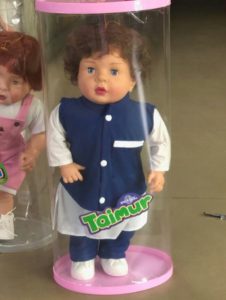 Now the parents seem to have come to terms with the fan following of their 2 year old son. Kareena was a bit upset when she saw this picture initially but later came to terms with it. After all he is also a celebrity kid. The picture has gone viral very fast and his parents know that it’s because he is loved and adored by all. Kareena and Saif wanted to give a normal life for their son but it’s quite difficult to keep him away from his fans.

They also feel that the toy is benefitting lot of people and will be a blessing for their son. The parents will have to struggle to keep their son away from paparazzi but they are determined to do it.

A picture of the toy styled as Taimur Ali Khan was shared on Twitter by producer Ashwini Yardi and comments on her post proved that the Internet was appalled by the extent of Taimur’s fan-following. But many twitter users felt this was unnecessary and the kid should be left alone to lead a normal childhood.