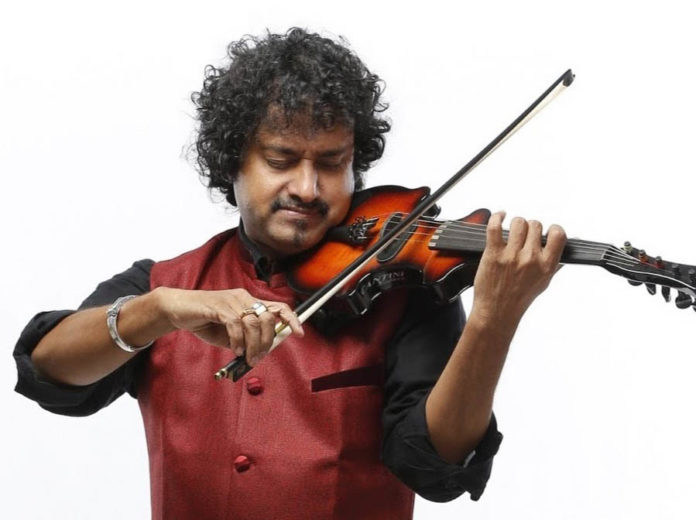 An interaction with the Grammy award winner Manoj George

HAVING RECEIVED THE GRAMMY AWARD, HOW DO YOU DESCRIBE YOUR JOURNEY TO THE AWARD?

I never ever thought that a Grammy award was waiting on my way. It was like my dream come true. I started playing violin since my childhood. When I was in my 11th grade, I joined ‘Kalasadan’ (an orchestra) and was fortunate to share stage with many playback singers. After my degree, Fr. Thomas Chakkalamattom took me to Pondicherry to learn western classical music. I also learned piano there.

Most of my memories lay in Bangalore. Raghu Dixit and me started the band ‘Antaragni’. We used to spend hours in the evenings playing violin and guitar. Those days were really helpful in my career because I experimented different styles and had an opportunity to play with different kinds of people. I even travelled a lot during those days.

Later I moved to composing of jingles, advertisements, albums, radio etc. I was surprised and extremely happy to know that ‘Winds of Samsara’ had won a Grammy award.

WHEN DID YOU REALISE MUSIC WAS YOUR FUTURE?

My parents wanted me to be a doctor. Both my brothers are professionals. So, after my schooling, I was sent to a coaching centre in Thrissur. But my interest was in music and violin. I told my father about it and he agreed.

HAVING CHOOSEN THE ROAD LESS TRAVELLED BY, YOU MUST HAVE FACED MANY HURDLES ON YOUR WAY, CAN YOU SHARE SOME EXPERIENCES?

Be it any career, one will have to face difficulties. But it’s true; a profession like mine will have a little more.  I had my teachers in different states.  Pondicherry, Bangalore and also in Chennai, as I got training under master Aravind, who graduated from Juilliard School of music. I had to travel to all these places every week to attend their classes. And now to excel in this field is one of the greatest difficulties. There are no hierarchies for this career. I have to market myself. When I compose music I have to make it as perfect as possible to impress the audience.

YOU HAVE COMPOSED SONGS IN MALAYALAM, KANNADA MOVIES AND ALSO IN MANY ALBUMS.CAN YOU SHARE YOUR EXPERIENCE OF COMPOSING MUSIC?

When composing for movies, my duty is to satisfy the director. I should give them the best of what I can according to their instructions. But in albums, I decide how a song should be and I know what I want clearly. One of my works ‘Urvi’ that achieved a nomination for the Los Angeles Film Awards in 2017 is my favorite. It was a very talented team that I worked with. The director was clear about what he wanted from me and it made my job easier. It was the chemistry of the whole team that gave the best result. 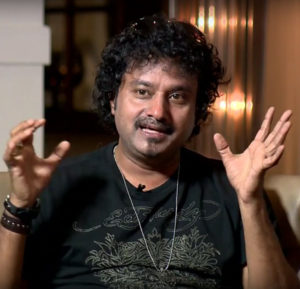 AN EXPERTISED PERSON IN BOTH PERFORMANCE AND MUSIC COMPOSING, HOW WOULD YOU LIKE TO BE KNOWN? A PERFORMER OR A COMPOSER. AND WHY?

Both are equally important for me and I like doing both composing and performing. In composing the results or feedbacks come later. One should wait for the film or album to release. But in performance, the feedbacks are faster. Within minutes of the performance the reaction of the audience starts coming in. So in that sense I like performing more than composing.

YOU HAVE PERFORMED IN VARIOUS PLATFORMS ACROSS THE WORLD. WHICH IS THE PERFORMANCE THAT YOU WOULD NEVER FORGET?

Every stage gives me a memory to take back home. But to sight one, I would say the performance that I did in Trivandrum during the inauguration of Tagore hall. It was not a film based performance. It was something different. I played a symphony with a music group which had almost thirty five members from different parts of the world. That was an unforgettable memory. The entire hall was crowded till the end of the performance and that made me so happy.

WHAT ARE YOUR UPCOMING PROJECTS AND PLANS?

I have already started working with albums and hopefully will be released soon and have also committed some films too. I also have stage shows coming up, in the country and abroad.

Listen to all kinds of music and be open to every genre. There is no music that is superior to others. Everything creates its own beauty and specialty. Do not restrict yourself to certain kind of music.

Novelist Evelyn Anthony is No More