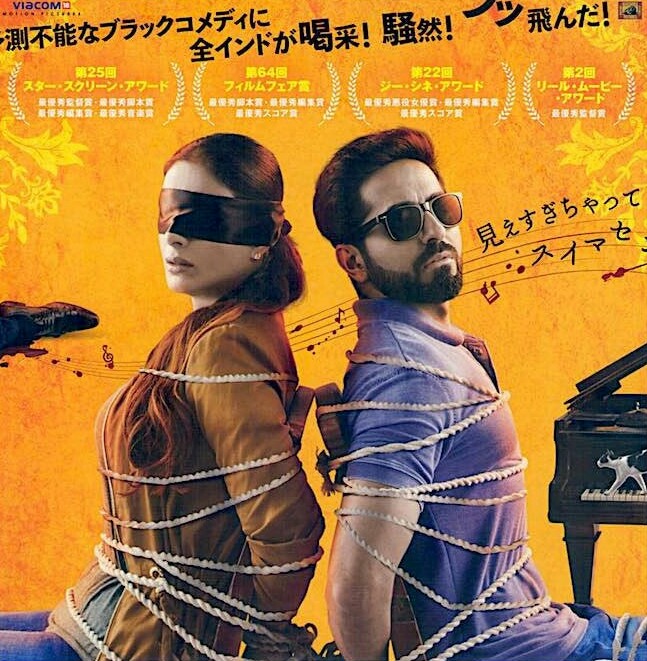 Ayushmann Khurrana’s AndhaDhun is going places. After enthralling the audiences in India, China and South Korea, the film is slated to release in Japan. Bollywood trade analyst Taran Adarsh shared the big news on social media. He shared the Japanese poster of the film, featuring Ayushmann and Tabu and revealed that the film will open in Japanese theatres on November 15 this year. Taran Adarsh wrote: “After having a successful run in India and international markets (including China), AndhaDhun opens in Japan

The Sriram Raghavan-directed film was equally adept at performing well on the Indian as well as the Chinese box office.

The film crossed the Rs 300-crore-mark in China within three weeks of its release in the country. The film even emerged as the third highest grossing Indian film in China.