Around 50,000 children go missing in India every year. Many are forced to work for the begging mafia, an organised criminal group, which has recently taken foothold in the state, too. The mafia even kidnaps newborns from hospitals and often beats them brutally, burns them, amputates their limbs or gouges out their eyes out to work for them as beggars. They make hundreds of crores using children.”
If you stop at some traffic signal in the city, you can see a few women beggars actively running around asking for money and they will carry a small child which is again not their own .In a startling revelation, it was revealed that many beggars are hiring infants to seek alms . Organised begging that involves the abduction of children – known as the begging mafia – is common in India, with the states of Tamil Nadu, Kerala, Bihar, New Delhi and Orissa having the most severe problems. Thousands of cases of child abduction and forced [begging] don’t see the light of the day. The children belong to all economic sections. It is unfortunate that instead of schools they have to beg on the roads and nobody talks about them. The beggar mafia is a huge industry and the perpetrators get away scot-free every time. There is always collusion between the lawmakers and lawbreakers. Some accountability in the system is needed to stop this menace. A report by India’s human rights commission said these stolen children are working as cheap forced labour in illegal factories, establishments, homes, exploited as sex slaves or forced into the child porn industry, as camel jockeys in the Gulf countries, as child beggars in begging rackets, as victims of illegal adoptions or forced marriages, or perhaps, worse than any of these, as victims of organ trade and even grotesque cannibalism.
The beggars are exposing the infants to environmental hazards such as temperature, air and sound pollution and the babies are suffering with infections, heat pyrexia, dehydration and malnutrition, leading to mortality.
.Child begging is a big mafia operating with huge network in the State. More government departments should be engaged to prevent children and infants involving in begging. And our state should be freed from this begging menace so that our children can freely walk around without the fear of being abducted. 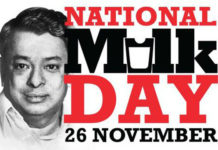 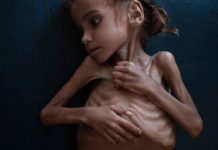 Amal Hussain : The Face of Starvation Died in a Refugee Camp in Yemen.

Amal Hussain : The Face of Starvation Died in a Refugee...