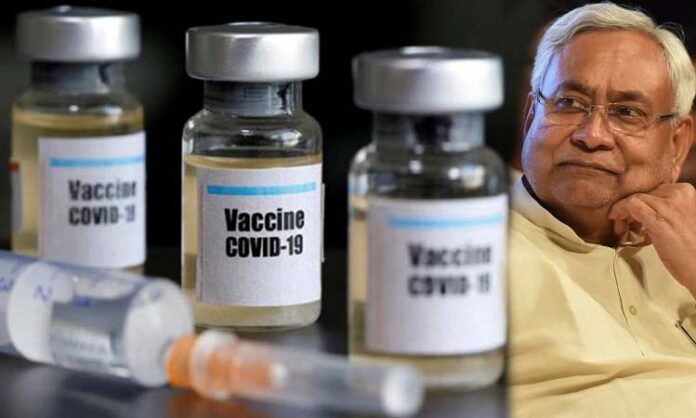 Bihar government is all set to fulfill a key election promise made by the ruling Janata Dal-United and its ally BJP, as it approved a proposal for providing the free anti-coronavirus vaccine to all the people of the state. The decision was taken at the first meeting of the cabinet since the allocation of ministries last month.

The cabinet has also cleared a proposal for generating 20 lakh private and government jobs — which were promised by the National Democratic Alliance to counter Leader of Opposition Tejashwi Yadav’s government jobs promise.

The state government, however, has not clarified how the promised jobs will be created. The government has also cleared several proposals linked to women’s empowerment.

A fixed grant of ₹ 50,000 will be given to unmarried graduate women; while those who have only completed school will get ₹ 25,000. A scheme will be launched under which women will be given interest-free loans up to ₹ 5 Lakh to become entrepreneurs.

The cabinet has approved the implementation of “Saat Nishchay Part-2″, the second part of the seven resolutions the Chief Minister announced before the Bihar assembly election to highlight his vision for the state.