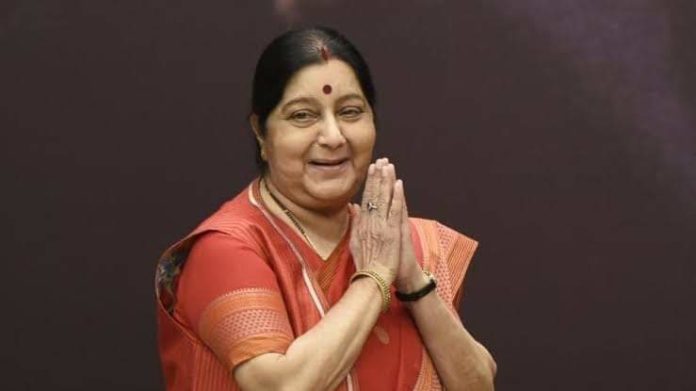 Former External Affairs Minister Sushma Swaraj passed away due to a massive Cardiac arrest in New Delhi . She was 67. She was admitted in the critical care unit of AIIMS and she couldn’t be saved in spite of doctor’s efforts. Sushma Swaraj had decided to stay away from the last Lok Sabha elections as she was recovering from a kidney transplant.

She was admitted to the Emergency ward at AIIMS and was in a very critical condition. Several Union ministers, including Nitin Gadkari, Harsh Vardhan and SS Ahluwalia, rushed to AIIMS as soon as they got the news. She was a well accepted personality by all party men and every Indian will remember her as one of the best external affairs minister India had.
Three hours ago, she had congratulated the central government for its historic decision to abrogate Article 370. “Narendra Modi ji – Thank you Prime Minister. Thank you very much. I was waiting to see this day in my lifetime,” she said in her tweet.
Ms.Swaraj had the charisma and capability to handle foreign affairs in a cool and composed way and she was well reputed among foreign leaders .

With her passing away the country has lost an eminent leader and politician and above all a good human being. R.I.P Sushma Swaraj.