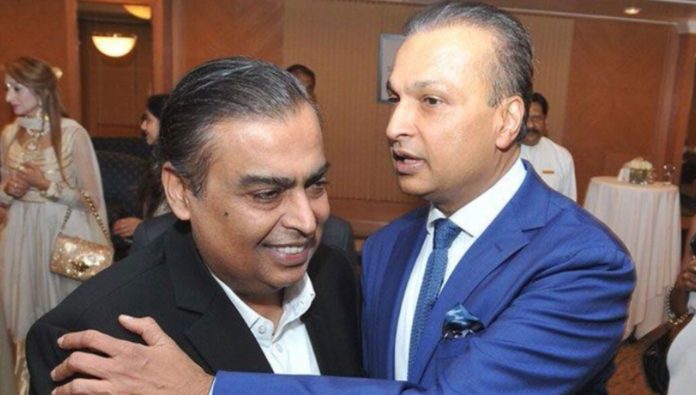 Anil Ambani was in news recently for his financial crisis . But finally he paid his debts of Rs.550 crore dues to Ericsson before the deadline of Supreme court ends. Other wise the court had warned him for a possible 3 month jail term. Younger brother Anil gave a special thanks to his elder brother Mukesh Ambani and wife Nita Ambani for their gesture of helping him out at the hours of crisis. This is a clear indication that Mukesh Ambani bailed him out of the crisis.

“My sincere and heartfelt thanks to my respected elder brother, Mukesh and Nita, for standing by me during these trying times, and demonstrating the importance of staying true to our strong family values by extending this timely support. I and my family are grateful we have moved beyond the past, and are deeply touched with this gesture,” Anil Ambani said in a statement.
In the past the industry had witnessed a bitter acrimony between the two brothers and resulted in the split of Reliance Industries in two, with Mukesh Ambani keeping control of the traditional petrochemicals and oil and gas businesses, and the telecom business going to younger brother Anil Ambani.

An Ericsson spokesperson confirmed that Reliance Communications has paid the final instalment of about Rs 460 crore to the Swedish telecom equipment maker. The payment confirmation comes just a day ahead of the Supreme Court deadline.