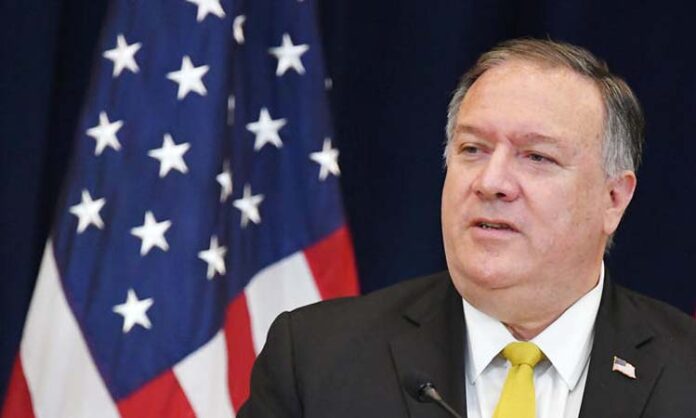 Others covered by the sanctions include Trump’s economic adviser Peter Navarro; his top diplomat for Asia, David Stilwell; health and human services secretary, Alex Azar; along with former national security adviser John Bolton and strategist Stephen Bannon. The sanctions are largely symbolic but underscore Beijing’s antipathy toward a U.S. administration it regarded as hostile.

“Over the past few years, some anti-China politicians in the United States, out of their selfish political interests and prejudice and hatred against China and showing no regard for the interests of the Chinese and American people, have planned, promoted and executed a series of crazy moves which have gravely interfered in China’s internal affairs, undermined China’s interests, offended the Chinese people, and seriously disrupted China-U.S. relations,” the foreign ministry said in a statement.

The ex-officials and immediate family members would be banned from entering mainland China, Hong Kong or Macao, and companies and institutions associated with them restricted from doing business with China.

Iran also imposed sanctions on President Donald Trump and a number of members of his administration including Pompeo over their alleged role in support of “terrorism,” according to its foreign ministry website. Ministry spokesperson Khatibzadeh said the sanctions were based on Iranian law. He said they were the result of the Trump administration’s role in killing top Iranian general Qassem Soleimani in 2020 and its support for Israel in its conflict with the Palestinians.

Embarrassing a Child in School or Public Place is an Offence...