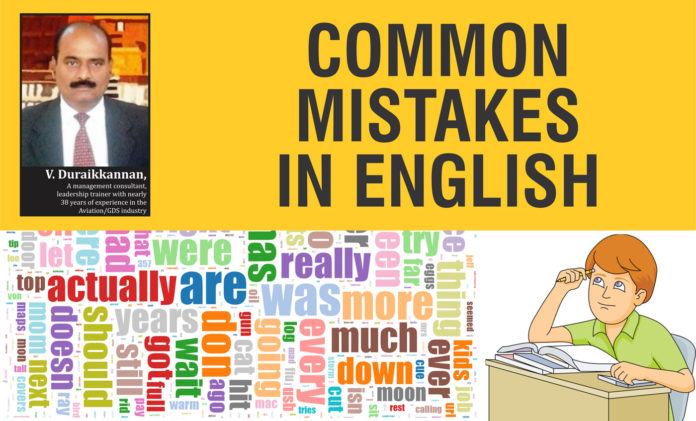 V. Duraikkannan,  A management consultant, leadership trainer with nearly 38 years of experience in the Aviation/GDS industry

When people call for candidates for various jobs, one of the key requisite skills they mention is good communication and there what they normally look for is not your elocutionary prowess or any mastery in your mother tongue be it Malayalam or Hindi but a good command of English as a language. For it is veritably the language of the globe and the business link for the entire world.

A chaste, flawless, and error-free language (for that matter not only English but any language) will position you as a deft, capable, and caring person. There are very many kinds of

mistakes that creep into our language both spoken and written.

I shall take up a few for discussion which can easily betray one’s lack of depth or understanding of English as a language. The topmost as I see it which even the native speakers commit is this one: ‘He is taller than me’. Though it seems perfectly

Next is the confusion of who or whom. Though ‘who’ and ‘whom’ are relative pronouns, ‘who ‘ is used as the subject of a sentence or clause, to denote who is doing something (like he or she). On the other hand, ‘whom’ is used as a direct or indirect object of a verb or preposition.

Example: Who is the author of the Hamlet? // For whom the bell tolls?

between singular/plural usage with reference to collective nouns or groups and mix up the verb. For example, in the sentence ‘A team of doctors are working on the patient’, the use of ‘are’ is wrong ‘Team’ is one single body though it consists of several people, and as it is single, the singular usage of ‘is’ rather than ‘are’ is correct.

Apart from such grammatical mistakes, many a time we slip into mixed up usage of words and phrases. For instance, someone was talking about the temple priest and his ‘regalia’ with reference to his way of dressing and utensils that he would use at the ritual. What the speaker

Actually m e a n t was ‘paraphernalia’ which means miscell ane ous articles, especially the equipment needed for a particular activity. Regalia would mean the emblems or insignia of royalty, especially the crown, sceptre, and other ornaments used at a coronation. The misuse is basically on account of the words’ similarity of look and sound which we ought to see through.

Again we must notice the difference between ‘All of them know the fact’ as against ‘None of them knows the fact’. When we say none, it is actually a contraction of ‘no one’ and as such the singular verb is proper here.

To acquire a good mastery over English, some of my recommendations are the following few :

digital format and to digitalize is to treat one with digitalis, a medicinal plant) 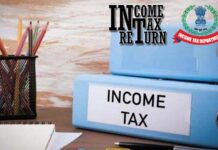 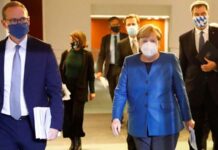 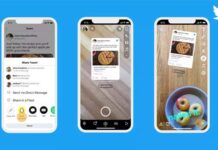 First Feature Film “Caste: The Origins of Our Discontents” by DuVernay...