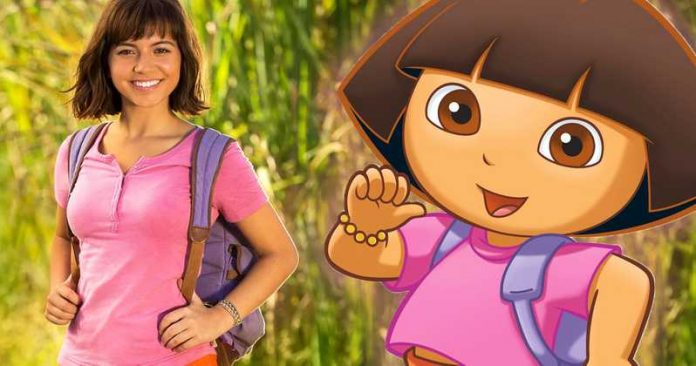 Children all over the world love the American cartoon series Dora the Explorer. The young Latina girl Dora, her quests, purple-colored backpack and her monkey companion are easily reckoned by kids across the world. Now, the big news for kids is that Dora is coming to the big screen.

IsabelaMoner will give life to Dora in the big screen. The 17-year-old actor was last seen in the action thriller Sicario: Day of the Soldado.

Moner has shared the first look of her character in Dora the Explorer live action movie on her Instagram account. The first look almost resembles the Dora from the cartoon series with the pink shirt, purple backpack, and orange shorts.

In the animated TV series Dora was a 7-year-old girl. IsabelaMoner, however, will portray Dora as a teenager.

Hollywood director Michael Bay’s Platinum Dunes will produce the movie. This has raised eye brows as Bay is known for high voltage action flicks like the Transformers franchise.

Michael Bay directs movies with the American teens in mind, especially the teen boys. This might have influenced the studio’s choice to depict Dora as a teenager.