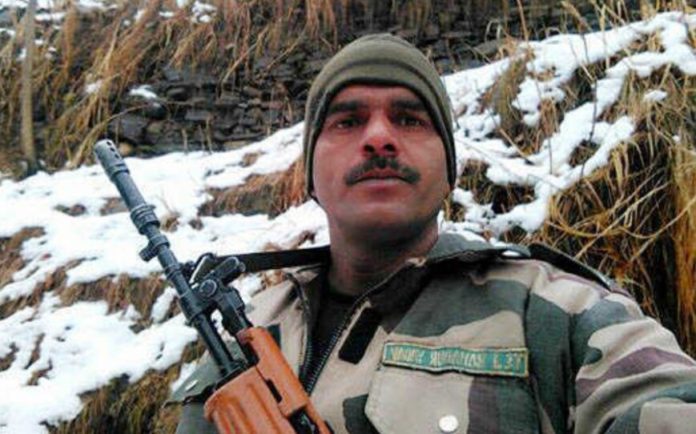 His decision is a strong protest against the Government regarding the government’s failure in taking care of the parliamentary forces. Tej Bahadur Yadav, a resident of Rewari in Haryana, told Hindustan Times that he is not fighting the election to win but to highlight how this “government failed the forces, especially paramilitary forces”.

Yadav was sacked from the Border Security Force (BSF) for indiscipline after his video went viral on social media. He challenged the decision in a court. “The government could have checked my complaint instead it chose to muffle my voice which shows there is widespread corruption in the forces,” the told HT.
Yadav said he will leave for Varanasi soon and start campaigning with the help of ex-servicemen and farmers.

Yadav, then constable with the 29th Battalion of the BSF, was deployed along the Indo-Pakistan border in Jammu & Kashmir in 2017. In a press release, the Border Security Forces (BSF) stated that Yadav, was dismissed from service by the Summary Security Force Court (SSFC) following an inquiry into the incident.
The jawan was found guilty of “an act prejudicial to good order and discipline of the force in which he made false allegations on social media regarding the quality of food and did not adhere to formal grievance redressal mechanism of the force,” the press release stated.

NYAY Scheme of Congress will not Put Additional Tax Burden on...