Honor 8X, is now on available in India via Amazon as part of the Great Indian Festival sale that kicked off at midnight. The sub brand of Huawei launched the Honor 8X in India .during last month . The Honor 8X comes with a display notch and sports thin bezel on all sides. There is a vertically stacked dual camera setup at the back, a rear-mounted fingerprint sensor, and the handset supports Face Unlock. Honor 8X price in India starts at Rs. 14,999 for the 4GB RAM/ 64GB storage model. Meanwhile, the 6GB RAM/ 64GB storage variant costs Rs. 16,999, and the 6GB RAM/ 128GB storage variant is priced at Rs. 18,999. The smart phone  comes in Black, Red, and Blue colour models. The dual-SIM (Nano) Honor 8X runs Android Oreo-based EMUI 8.2.0. The Smartphone sports a 6.5-inch full-HD+ (1080×2340 pixels) display with 19.5:9 aspect ratio and PPI of 397 pixels per inch. It comes with an octa-core HiSilicon Kirin 710 processor, paired with a Mali G51 GPU.

The Honor 8X features a dual rear camera setup with a 20-megapixel primary sensor and a 2-megapixel secondary sensor, paired with f/1.8 aperture and PDAF. At the front, the Smartphone has a 16-megapixel selfie camera with f/2.0 aperture and fixed focus. 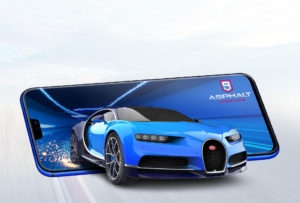