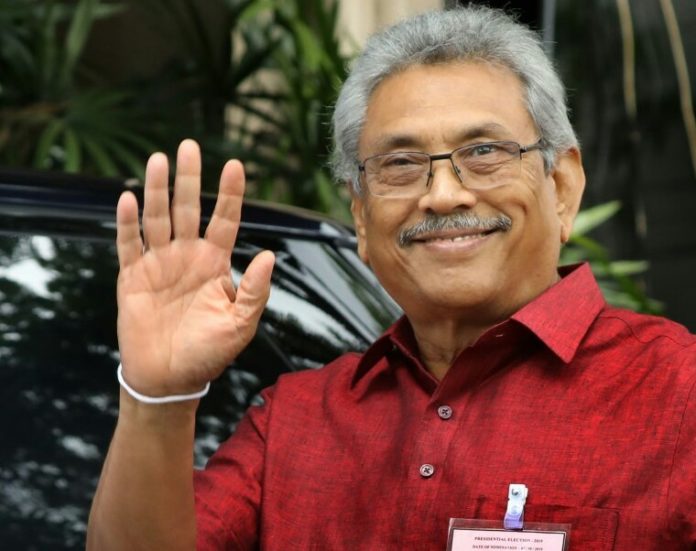 Gotabaya Rajapaksa, who was the main person behind the eradication of Tamil Tigers have won the Presidential election of Sri Lanka . The retired lieutenant colonel, nicknamed the “Terminator” by his own family, won 53-54 percent of the vote, his spokesman told AFP as Rajapaksa’s main rival Sajith Premadasa of the ruling party conceded the race.

“It is a clear win. We envisaged it. We are very happy that Gota will be the next president. He will be sworn in tomorrow or the day after,” spokesman Keheliya Rambukwella said.

Rajapaksa, 70, had a 49.6 percent share of the vote with close to six million ballots counted. He is the younger brother of the charismatic but controversial Mahinda Rajapaksa, who was president from 2005-15. Results from Sinhalese-majority regions the Rajapaksas’ core support base were expected to push this above 50 percent.
Election Commission chairman Mahinda Deshapriya said at least 80 percent of the 15.99 million eligible voters participated in Saturday’s poll, which was marred by isolated violence that left several people injured.

Rajapaksa conducted a nationalist campaign with a promise of security and a vow to crush religious extremism in the Buddhist-majority country following the April 21 suicide bomb attacks blamed on a homegrown terror group.