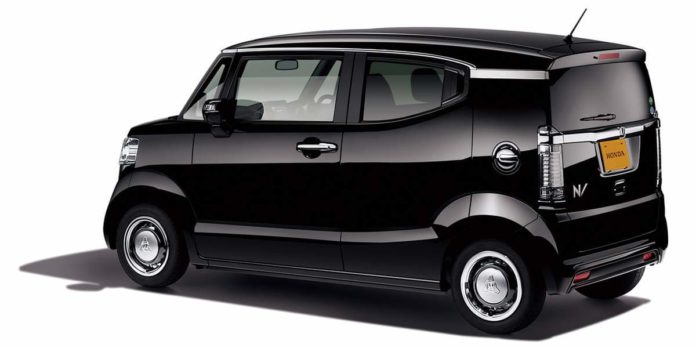 Last year when Honda Motor Co launched the latest version of its N-Box with features to attract the younger drivers the company never thought that it would be liked by the older crowd. Honda Motors promoted features on the pint-sized mini car such as error-detecting pedals, automatic emergency braking and moveable seats, part of a push to market the vehicle to young families.

N- Box has become Japan’s best seller car with the majority of owners fall in the 50 above age group. Honda Company had hoped that mini cars would be younger generations favourite.
Instead, with a price tag starting around $7,500 and low ownership taxes, minicars have gained a more loyal following among the rapidly growing population of Japanese elderly, many of whom are on fixed incomes. Older generation prefer to restrict their income after retirement and opts for a more compact car
Kei-cars represent nearly a third of all Japanese passenger car sales, and about one of every 20 cars sold this year has been an N-Box. Usually mini cars are considered as too small for international markets. Experts feel that that eventually, automated cars, taxis and buses will keep the elderly mobile for longer. Japan is home to one the world’s most rapidly ageing populations.
Honda said the safety features in the N-Box were not designed just with the elderly in mind. But the company said they could help older drivers stay on the road.
But minicar marketing is slowly starting to reflect the segment’s biggest buyers. This year, Daihatsu Motor, a subsidiary of Toyota Motor Corp, released a TV spot featuring an elderly cabbage farmer who berates his son for suggesting that he switch to a minitruck with automated emergency braking, misreading it as a slight to his driving skills.
Honda’s Takaishi said that using sensors to track a vehicle’s surroundings and assess whether drivers have depressed the wrong pedal is among the features that can offset common challenges for older drivers, including reduced alertness and reaction time.
The automaker is also trying to develop artificial intelligence-driven systems for “coaching.” Cars could theoretically advise drivers via flashing dashboard icons, sounds and steering wheel vibrations if they are about to drift out of their lane or make a potentially risky manoeuvre.
In Japan, the number of driving licence holders aged 60 and older is growing faster than in other developed countries, and in the past five years has grown to double that of those under 30.

Care Keys will be Introduced in 2021 Model Volvo Cars