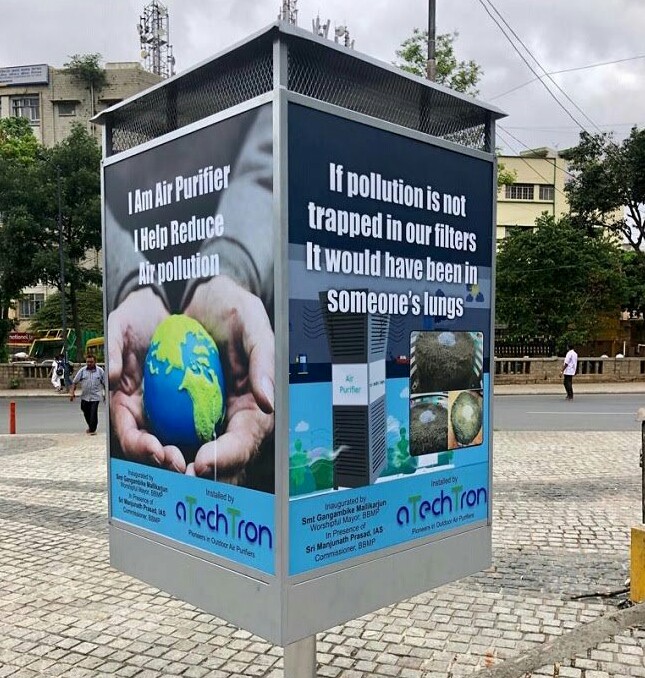 Hyderabad is one of the cities suffering from air pollution. In an effort to help Hyderabad breathe easier the Greater Hyderabad Municipal Corporation (GHMC) has decided to set up outdoor air purifying units across select locations in the city. The GHMC intends to set up these air purifying units at three locations in the city– Gachibowli, Jubilee Hills, and Panjagutta, where air pollution levels spike during peak traffic hours. The air purifiers would pull in polluted air, filter it and release fresh air. Each unit ranges from Rs 50,000 to Rs 12 lakh depending on its capacity.

The managing director of Strata Enviro, Amol Chaphekar, said that the air purifying machines will help bring down air pollution spikes at the locations where they are installed. When asked if the technology works, Anmol responded by saying, “The first two years after forming the company in 2016 went in trying to prove that the technology works. Our air filtering system is patented and has been proven successful in Mumbai and Delhi. In Delhi the air purifiers have been mounted on the buses; when the bus stops due to traffic, the air purifier becomes operational and cleans the air. We even got a grant from the Department of Science after they were satisfied with our project.” They are best located at traffic signals, railway stations and bus stands where maximum number of people are moving around, he added

The GHMC has however not yet clarified on how many of these units will be installed, though the firm has suggested 500 units to begin with.

However GHMC has kept the Pollution Control Board in the city in the dark with regard to their decision to install these air purifiers. The Chief Environmental Scientist with the Hyderabad PCB, Murali Mohan said, “The GHMC have not consulted us as of now. The location where the pollution is monitored, those locations have to be taken into consideration for installing these units, their performance also should also be monitored. These machines require frequent maintenance for them to be efficient, we have no idea if this works.”