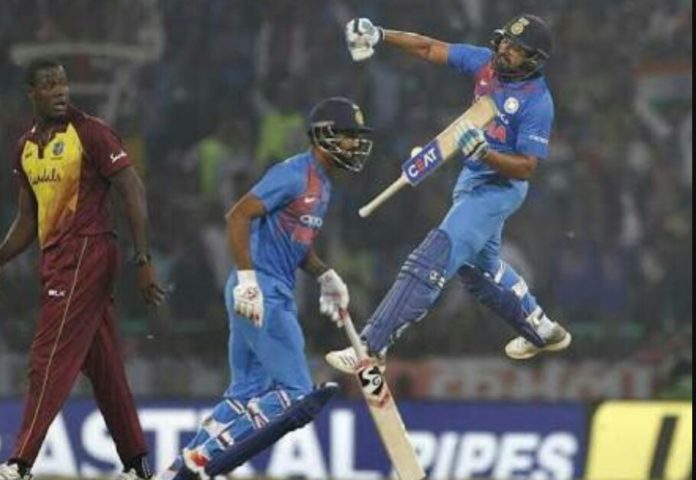 Team India opener Rohit Sharma broke his own world record for hitting most sixes across all formats in international cricket in a calendar year. The 31-year-old smashed seven sixes in the second T20I against Windies, taking his tally of sixes in 2018 to 69.