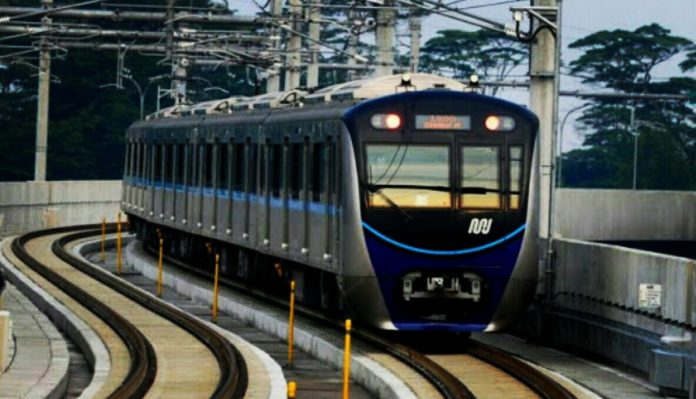 Jakarta , Indonesia’s capital is one of the worst congested city with a severe traffic jam issue. And now after a delay of 20 years the city gets its first trial run of $3 billion mass rapid transit (MRT) system aimed at improving transport conditions in the city

The MRT, which is officially due to open on March 26, was developed with Japanese expertise and funding, and is a centre-piece of an infrastructure boom under President Joko Widodo, who is seeking re-election in April. Reuters reported that dozens of excited residents, many of them students, rode in the shiny, air-conditioned carriages, tested the ticketing machines, and wandered through the stations.

The first phase is a 16-km stretch that runs partially underground from south to central Jakarta along one of the city’s main thoroughfares. The train takes about 30 minutes, compared with more than an hour by car in regular traffic. Construction of the second line – an 8-km stretch that ends in north Jakarta – is underway and it should be operational by 2025.

Ticket prices have been set at an initial 10,000 rupiah (70 cents) and the trains can carry more than 28,000 passengers a day. Since Jakarta is a city prone to frequent earthquakes and floods and MRT was built considering all these factors.