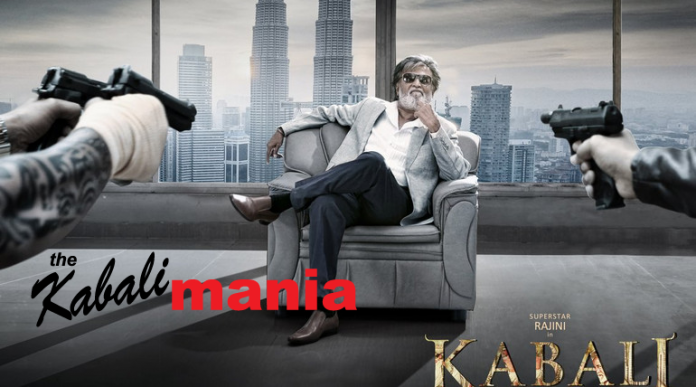 K R. Rejeesh
Kabali has all the ingredients of a Rajinikanth film. But what makes it outstanding from usual Rajinikanth flicks is the prominence of a director’s craft that reigns the film. Director Pa Ranjith could retain his class as he proved in his film “Madras”. Set in Malaysia, the film tells the story of Kabaleeswaran (Rajinikanth), a gang leader, and his vengeance towards his rival gangs. Albeit a gang-war movie, “Kabali” is laced with family sentiments. Of course, a well-crafted screenplay, lack of which caused the debacle of recent Rajini movies, backs the film.
Kumudavally portrayed by Radhika Apte and Dhansika as Kabali’s daughter have enough scope to perform. The usual larger-than-life characterisation of Rajinikanth is absent in “Kabali” and it gives the Superstar the room to showcase his acting skills.
Positives
Good performance of actors makes “Kabali” a watchable movie. The director has deliberately shied away from item songs, slapstick comedy and the customary intro song of the protagonist. So initially the viewers get the feel of a sincere narration. Pa Ranjith also has to be lauded for the temerity he has shown in the climax scene.
What you may not like…
The slow pace of this action movie, especially in the first half, would make a typical Rajini fan squirm in his seat. Expectations were high once teaser of the film was released, but you hardly find any punch dialogues.
Verdict
Though slow-paced, “Kabali” is watchable and it stands out from Rajinikanth’s previous outings.