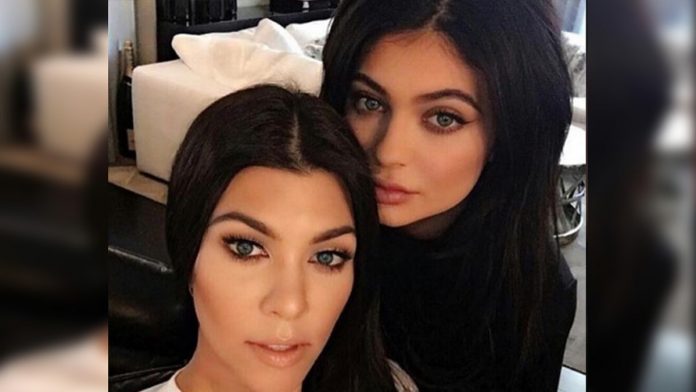 Sister of American reality TV star Kim Kardashian, Kourtney Kardashian was spotted with her ex-boyfriend Scott Disick at her half-sister Kylie Jenner’s 21st birthday party.
Kourtney and Scott, who were seen together after two years since their break-up, were accompanied by family and friends, reported E! Online. Interestingly, the ex-couple arrived separately for the party.
Kourtney’s sister Khloe took to Instagram to share a picture where the ex-couple was seen sitting next to each other. They were even spotted acting in a cordial manner.
Kourtney and Scott, who broke up in 2015, have co-parented three children.
The celebrity guests in Kylie Jenner’s birthday included Ashley Benson, Chris Brown, Cara Delevingne, Kevin Durant and Bella Hadid to name a few.