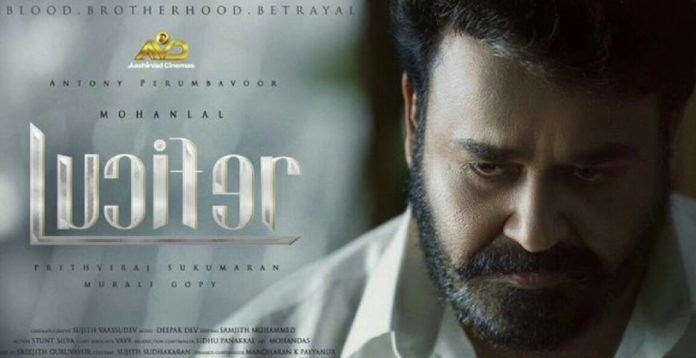 Malayalam superstar Mohanlal’s latest ‘mass entertainer’ Lucifer is making waves in Kerala. The movie apparently has set the cash registers ringing at the box office. The movie is now a big hit on the internet as well as Lucifer is trending big on Google.
In a bid to honour Lucifer and Lal, Google India has tweeted a doodle which is being celebrated by Mohanlal fans.
The doodle shared by Google India on its official Twitter handle shows Mohanlal playing tennis with someone wearing a jersey with No 12. The No 12 jersey belongs to Indian cricketer Yuvraj Singh but his face is not shown.
In the Google doodle, Mohanlal appears as the character in Lucifer—with a stylish beard. Mohanlal plays Stephen Nedumpally in Lucifer. The punch line ‘The deal is with the Devil’ is already a hit among Mohanlal fans.
Lucifer has been directed by another Malayalam star Prithviraj Sukumaran. The movie is the directorial debut of Prithviraj. Apart from Mohanlal, the movie features Manju Warrier, Vivek Oberoi and Tovino Thomas.
The warm welcome to Lucifer is apparently a relief for Mohanlal as his previous outing ‘Odiyan’ was met with bad response from both critics, and audiences. Surprisingly, the biggest haters of Odiyan turned out to be the hardcore Mohanlal fans.