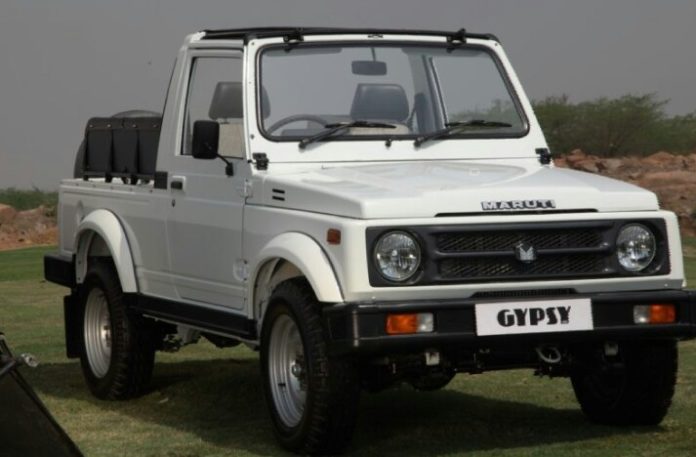 Maruti Suzuki has decided to stop the production of its prestigious and good old SUV Gypsy in India. The two-door off-roader was introduced in the country in 1985 and has remained one of the longest-running models in production. The automaker has asked showrooms to stop accepting bookings for Gypsy.
The Maruti Suzuki Gypsy has been appreciated for its strong off-roading capability. The SUV comes with AWD as well, while the compact dimensions with a high ground clearance of 210 mm make it extremely potent across various terrains. The Maruti Gypsy was originally launched with a 970 cc F10A four-cylinder petrol engine, but was later upgraded to a 1.3-litre four-cylinder petrol. The motor powers the model even today with the 16-valve unit tuned to produce 80 bhp at 6000 rpm and 103 Nm of peak torque available at 4500 rpm. The motor comes paired with a 5-speed gearbox. The lack of modern comfort features has also made it a restricted choice for buyers, and a low-selling product.