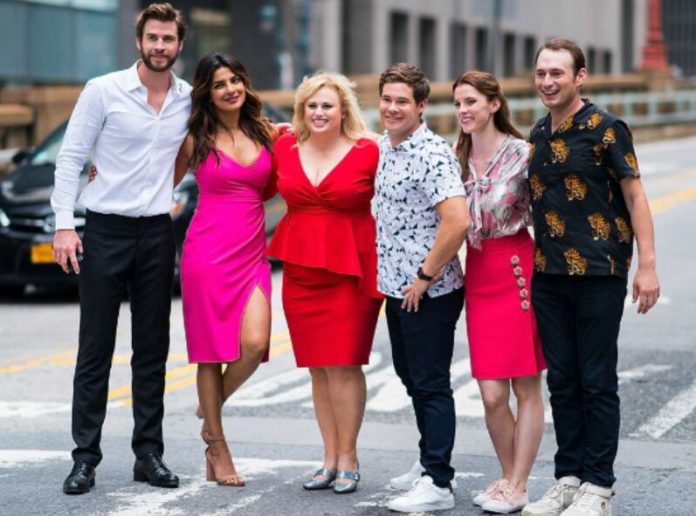 Just when everyone thought Rom Coms were dead Rebel Wilson’s ‘Isn’t It Romantic (2019)’ made money at the box office. How did they do that? Are Romantic Comedies making a comeback?

Nowadays, it is difficult for Rom Coms like ‘When Harry Met Sally’, ‘Pretty Woman’ and ‘You’ve Got Mail’ to make big money. The box office is dominated by Superhero flicks like the Avengers franchise, Thor and Aquaman. Rom Coms struggle to be the box office draw as it was in the 90s.

The days when films like ‘When Harry Met Sally’, ‘Pretty Woman’, ‘Sleepless in Seattle’ and ‘You’ve Got Mail’ set the cash registers ringing are gone. Rom Com queens Meg Ryan and Renee Zellweger are no more making important movies. Julia Roberts has transitioned to more serious roles (The Secret in their Eyes). Another Rom Com queen Sandra Bullock has embraced the dark universe gracefully with ‘Gravity’ and ‘Bird Box.’

These Rom Com queens were big deals in the 90’s, the most fertile ground of the Romantic Comedies. The audience is now favoring the ‘badass woman’ as the lead of any movies. They are rooting for the fierce ‘Furiosa’ of ‘Mad Max: Fury Road’ or the feminist favorite Wonder Woman of ‘Wonder Woman’. The age of damsels in distress is over.

However, as everyone was waiting for Captain Marvel and ‘Avengers: End Game’, a Rom Com titled ‘Isn’t It Romantic’ came and made some quick bucks. What’s the secret?

First of all, ‘Isn’t It Romantic’ knew all the time that the current climate at the movie market is not in favor of Romantic Comedies. And the current audience have got a good grasp over the clichés of Rom Coms.

People who are fond of Christopher Nolan’s dark universe (Batman Trilogy) no loger love the bright and colorful world of ‘Pretty Woman’, and ‘Love Actually’. This must have been the first big challenge the makers of ‘Isn’t It Romantic’ had to overcome when they planned the movie. They took all the Romantic Comedy cliché’s and made jokes out of it. They satirized the genre.

However, it’s clear that their intention wasn’t making a movie to criticize the genre. They wanted to revive the genre of Romantic Comedy by bringing out the clichéd elements in it.

The basic plot of ‘Isn’t it Romantic’ is no different from a standard Romantic Comedy. The movie is a about a plus size architect (Rebel Wilson) who believes that no one would love her. The belief is so cemented in her psyche that she thinks she doesn’t need a man in her life.

Wilson hates romantic comedies and thinks that such movies are far removed from reality. She even gives a long lecture on the ‘silliness’ of romantic comedies when her colleague watches a Rom Com during office hours.

However, after an accident she finds herself trapped inside a Romantic Comedy. Suddenly, everyone around her magically turns into stock characters in a typical Hollywood romantic comedy. Her gay neighbor turns into the ‘gay best buddy’ who plays the love guru in every Rom Com; her real-life best friend turns into the seductive nemesis in the Rom Com world.

Through the ‘Rom Com segment within the movie, ‘Isn’t it Romantic’ tries to mock the clichés of Romantic Comedies. And when that ‘satire’ time is over, the movie gets back into its shoes, which is unfortunately the ‘Rom Com’ itself.

In short, ‘Isn’t It Romantic’ is the very thing that it tries to mock. It doesn’t hate Rom Coms, but it longs for the return of the Rom Com and makes an attempt at it. However, its attempt at reviving the genre of Romantic Comedy is feeble.

‘Magic: The Gathering’ is returning to comics

Movie “Last Christmas” Will be Released on Nov 8