The 3 episode series is the story of four sisters portrayed in different stages of their lives and always set in the almost magical scenario of their home in the mountains on Christmas.

Three Days of Christmas will be available worldwide on December 6th only on Netflix.

Three Days of Christmas is the story of four sisters through time united by a secret. A story told through their eyes in three key moments in their lives: when they are daughters, mothers and grandmothers, each episode corresponds to one generation. With Christmas as a backdrop, we will discover their secrets and family conflicts.

Pau Freixas emphasizes: “Three Days of Christmas is like the story we have been told next to the fireplace, with the soft voice of our grandmother, where she tells us how she has tried to build a perfect world, a perfect family … But it doesn’t exist. Everything is full of secrets and lies, bitterness and anger. Nothing is easy.

Although what brings us together is behind everything: we love each other. That’s why we hide things and we hurt each other. We make mistakes. But it doesn’t matter, in the end the family gives us those powerful memories that, years later, when we grow up, we travel to them to recover the authentic essence of what really matters”. 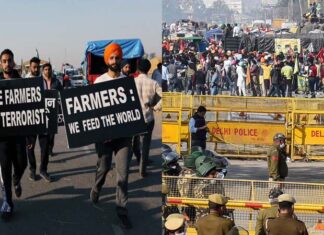 Friday Mania - December 2, 2020
0
The farmers decided to continue with their protest and refused to accept the Central Government’s suggestion of forming a committee to sort...

Farmers Stopped at Haryana on their Protest March to Delhi