A group of techies has come together to tackle one of the pertinent issues that our society grapples with: suicide. They fictionalized their view on the issue and represented it through the medium of cinema. The result is a short film titled: ‘Nizhal Maathram’.
The story revolves around the life of a person on the verge of committing suicide due to marital stress. Unable to come up with a solution to end the troubles in his marriage he decides to commit suicide. But destiny has something else in store for him which twists the course of his life. This sudden turn in the protagonist’s life forms the crux of the story.

The 12-minute short film is directed by Arun Dev who works as a software engineer at UST Global, Thiruvananthapuram. Arun Dev, who also penned the story of the film, said: “Suicide has become a social problem of manifold proportions, and in such a scenario, we felt the need to come up with such a venture.” Arun Dev’s previous short film ‘Poppykuda’ had bagged the QISA 2014 Award for the best second film.
Most of the people associated with the project are working for UST Global as software engineers. The lead roles are essayed by Sarin and Sruthy Thampuratty with a pivotal cameo role by TV-film artiste Sajan Surya. Prasad Das, Master Rofi, Arun Bose, Sreejith, Asharaf, Deepali Singla, Binoy George, Renjji, KG Chandini and Martin Jose appear in supporting roles.
Midhunlal cranks the camera for ‘Nizhal Maathram’ and music is composed by the duo of Allwyn and Alfred. Rahul handled the sound effects while Kichu was in charge of the editing & vfx department.

‘Nizhal Maathram’was released ahead of world suicide prevention day which was observed on September 10. The movie has a message for those whose life is at a crossroads and is forced to choose between life and death. 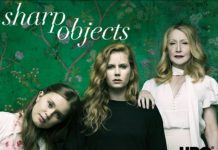 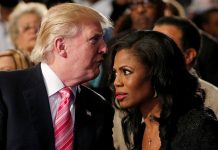 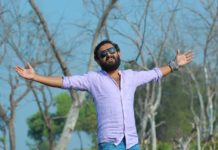