Turns out, older people recognize errors less often than younger ones.
In a new study, researchers from the University of Iowa devised a simple, computerised test to study how readily young adults and older adults realise when they have made a mistake.
Older adults performed just as well as younger adults in tests involving looking away from an object appearing on the screen. But younger adults acknowledged more often than older adults when they failed to look away from the object. Also, older adults were more likely to be adamant that they did not make a mistake.
Study’s corresponding author, Jan Wessel, said,” We found there is this impaired ability in older adults to recognise an error when they’ve made one. Realising fewer errors can have more severe consequences because you can’t remedy an error that you don’t realise you’ve committed.”
Wessel’s team recruited 38 younger adults (average age of 22) and 39 older adults (average age of 68) to take a series of tests that involved looking away from a circle appearing in a box on one side of a computer screen.
After each failed instance, the participants were asked whether they had made an error. They then were asked “how sure” and used a sliding scale from “unsure” to “very sure” to determine how confident they were about whether they had made a mistake in the test.
The younger participants were correct in acknowledging when they had erred 75 percent of the time. The older test-takers were correct 63 percent of the time when asked whether they had erred.
The researchers underscored these observations by measuring how much participants’ pupils dilated as they took the tests.
Researchers found younger adults’ pupils dilated when they thought they erred. This effect was reduced when they committed errors they did not recognize. In comparison, older adults showed a strong reduction of this pupil dilation after errors that they recognized and showed no dilation at all when they committed an error they did not recognise.
The full findings are present in the journal- Neurobiology of Aging. 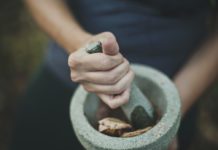 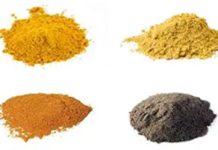 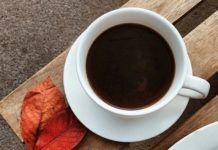 Friday Mania - September 2, 2020
0
By. Priydarshi prateek One docuseries of Netflix is in news as the release of said Netflix documentary ‘Bad Boy...

Today is another chance make yourself proud

Do You Want To Fight Obesity ? Then Try This.