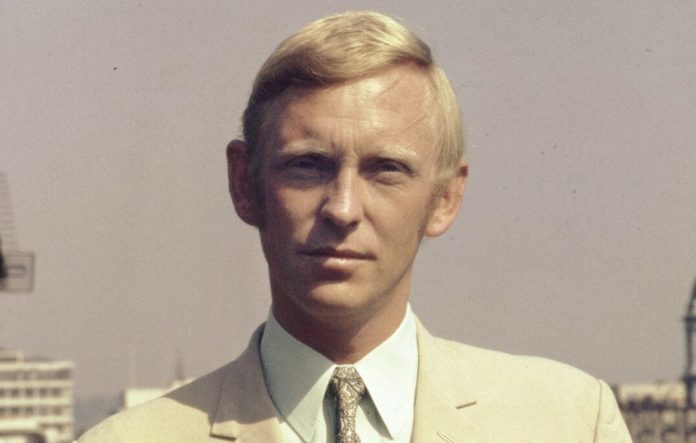 Richard Lindley, who was the first western television journalist to interview Saddam Hussein, the Iraqi dictator passed away at the age of 83.. “He was just like all the pictures of Joseph Stalin, full of smiles and charms,” Lindley recalled Saddam .
Richard was born in Winchester, Hampshire, and was educated at Bedford school and served with the Royal Hampshire regiment . While studying English literature at Queens’ College, Cambridge, he chaired the film society. He began his career making commercials as a producer for the advertising agency Foote, Cone & Belding ,then worked for the ITV company ABC as a writer and reporter on the religious show The Sunday Break. He was also a reporter and presenter with Southern Television .At ITN one of his lighter assignments was interviewing the Beatles on their 1966 tour of the US, after Christian groups protested against John Lennon’s assertion that the group were more popular than Jesus.
When News at Ten was launched as television’s first half-hour news programme in 1967, he was one of ITN’s four correspondents roaming the world. While at the BBC, he also presented Saturday Briefing and the news review This Week Next Week .He returned to ITV as a reporter on This Week presented the ITN World News on cable and satellite and made special reports for News at Ten .
Lindley had a brief period at the Independent Broadcasting Authority, commercial television’s regulator, as senior programme officer, checking that factual output met the guidelines for impartiality.