Shiv Sena has gone a further step ahead by criticizing  Modi led BJP for the economic slow down in the country. Sena has questioned the government for its wrong economic policies and alleged that the current situation is created by demonetization and implementation of GST without proper preparation. In its mouthpiece Saamna, Shiv Sena accused that the retail business across the country is suffering while the online business continues to help the foreign countries make huge amount of profits.

Shiv Sena is not leaving any stone unturned when it comes to criticizing BJP, its election partner in Maharashtra. According to the party economic policies like GST rollout and demonetisation under the leadership of Prime Minister Narendra Modi have proved to be counterproductive to the country’s economy. The ongoing slump in the economy is due to the policies of the BJP. After the recent assembly elections in Maharashtra, both the parties together had won a comfortable majority. Now both the parties are at loggerhead regarding the issue of CM’s post. To add fuel to the fire Shiva Sena has criticized BJP from every angle.

This has come a day after Shiv Sena has claimed in its mouthpiece that the “remote control of power” in Maharashtra now lies with it. Earlier on Saturday, the Uddhav Thackeray-led party had mocked the BJP for its lessened seat count in both Haryana and Maharashtra. Now the coming days will see a lot of political activities from BJP to make a compromise with Shiv Sena 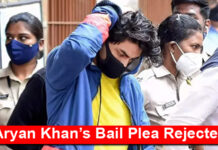 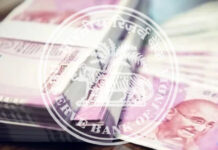 Health Budget Expenditure to be increased by 137 percent than the...