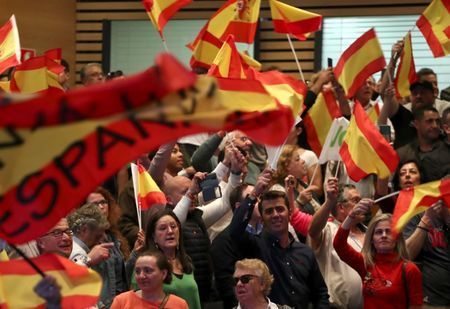 Spain is going to the polls for the second time in over six months .Observers predict that this time also Spanish Parliamentary elections will not show any clear majority with no specific winner.

Spain has been struggling to put stable governments together since 2015, when new parties emerged from the financial crisis following decades during which power oscillated between the Socialists and the conservative People’s Party Acting Prime Minister Pedro Sanchez called this election – the fourth in four years – after his Socialist Party won a ballot in April but failed to form a government, betting that a new vote would strengthen his hand.

“There are only two options: either vote for the Socialists so that we have a government, or vote for any other party to block Spain from getting a progressive government,” Sanchez told supporters at a closing rally in Barcelona.

Opinion polls show the Socialists in the lead but likely to win slightly fewer seats than in April, while the PP would be stronger and far-right party Vox could become Spain’s third largest party, just months after winning its first parliamentary seats.