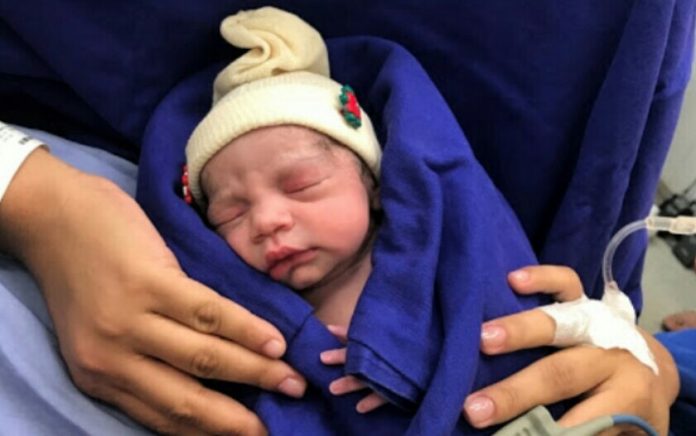 A baby has been born to a mother who received a transplanted womb from a dead woman in a world-first medical procedure. The baby girl was born in last December to a woman in Sao Paulo, Brazil which gives hope to a lot of mothers without children. The birth marks a huge fertility breakthrough, which scientists say offers hope to thousands of infertile women. Doctors published details of the milestone birth in the prestigious medical journal The Lancet.

Doctors at the Hospital das Clinicas at the University of Sao Paulo implanted the dead donor’s uterus into the mother in September 2016.The new mother was born without a womb because of a condition called Mayer-Rokitansky-Kuster-Hauser syndrome (MRKH).In the pioneering 11-hour operation, medics implanted a uterus donated by a 45-year-old woman, who was a mother herself, who died of a stroke.
The baby was born by caesarean section after 35 weeks and three days, and measured 45cm in length – average for a newborn. ‘The use of deceased donors could greatly broaden access to this treatment,’ said Dr Dani Ejzenberg, author of the study reporting the woman’s case.