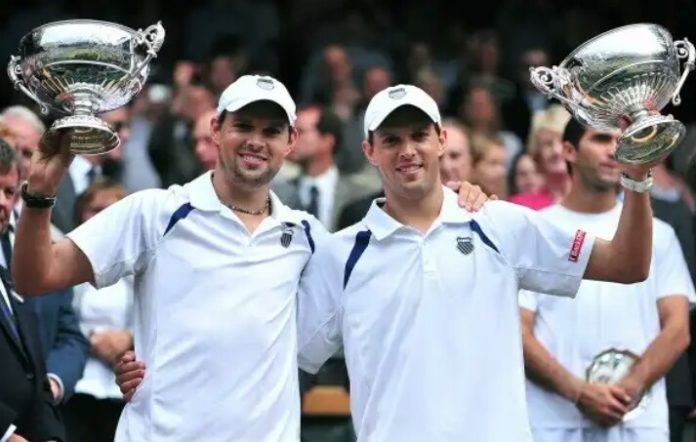 American twins have announced their retirement from tennis in 20202. Bob Bryan and Mike Bryan have decided to call it a day .They will end the game after US open in 2020.

As the most accomplished team in doubles history, the Bryan brothers have captured an Open Era record 118 trophies in 25-season careers, including all four Grand Slams, all nine ATP Masters 1000s, and Olympic gold medal. They also own the all-time team record for Grand Slam titles (16) and ATP Masters 1000 crowns (39). From 2005 to 2017, the Bryans were presented the ATP Tour Fans’ Favourite Team award each year.

“Mike and I chose to finish our 2019 season after the US open , even knowing there was a strong chance we’d qualify for the [Nitto] ATP Finals,” said Bob . “After much discussion, we decided that it would be best to rest our minds and strengthen our bodies in preparation for 2020 which will be our final season on the ATP Tour.”
Mike Bryan said: “We are currently extremely motivated and excited going into our last season.

We will enjoy and appreciate each moment we have while saying our goodbyes and giving thanks to the fans who have given us so much joy.”
Bob and Mike are into charity works and the Bryan Brothers Foundation has raised over USD$1.2 million to support children’s charities. Bob and Mike host two annual fundraisers in their hometown of Camarillo, California and West Palm Beach, Florida, where they partner with golf legend Jack Nicklaus to raise funds to positively impact the lives of children around the country.

Sports – Are we sportive and supportive enough?