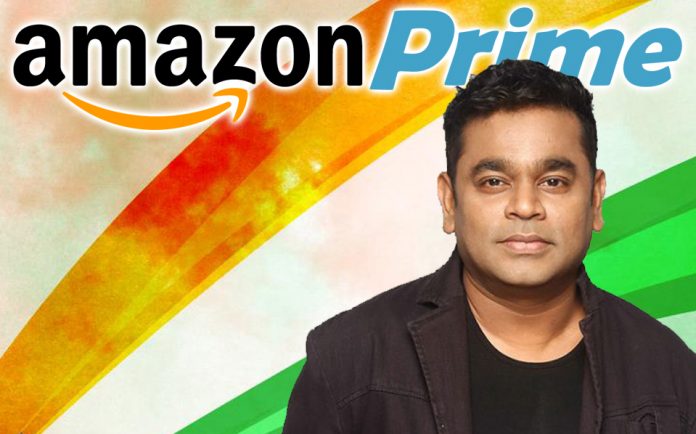 AR Rahman is all set to host an Amazon series based on Indian music called ‘Harmony’. The show will be streamed on Amazon Prime globally on 15 August.
It will be a five episode series which will take the audience on a soulful journey of India’s rich musical heritage. The trailer shows Rahman interacting with four musicians from different parts of the country and discovering the unseen art of instruments and vocal traditions representing their respective regions.
The four musicians whom Rahman will interact with are Ustad Mohi Baha’un-din Dagar , Sajith Vijayan, Lourembam Bedabati Devi and Mickma Tshering Lepcha. Following the interaction the musicians will join AR Rahman for a muscial extravaganza as part of the grand finale.
Rahman’s most recent international film project was Iranian director Majid Majidi’s ‘Beyond the Clouds’. His upcoming projects include a Bollywood remake of ‘The Fault in Our Stars’ called ‘Kizie aur Manny’ and AR Murugadoss’s Tamil film, ‘Sarkar’.
Rahman has also won several awards including two Academy Awards, two Grammy Awards, the singer was also conferred with the ‘Padma Bhushan’ by the Government of India.