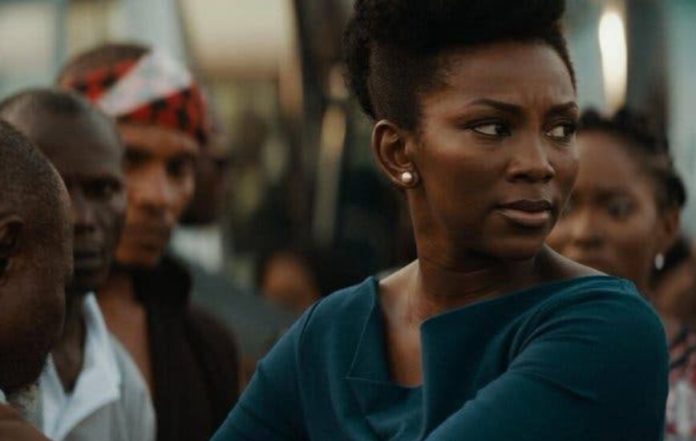 Lionheart ,the first Netflix original film produced in Nigeria has been disqualified from the best international movie category at the Oscars for “having too much dialogue in English.”

The movie is the first Nigerian submission to the U.S. award ceremony in five years, has segments in the local Igbo language but is mainly filmed in English – a legacy of the country’s history as a British colony. Oscar rules stipulate that to qualify as international a film must be “predominantly non-English”.

The decision elicited a furious reaction from director and star Genevieve Nnaji, who said the film was “proudly Nigerian” and the main language was an accident of history.

“This movie represents the way we speak as Nigerians,” she said on Twitter. “We did not choose who colonized us.”
She received support from Ava DuVernay, whose movie “Selma” was the first directed by a black woman to be nominated for the Best Picture award at the Oscars.

“English is the official language of Nigeria,” she tweeted. “Are you barring this country from ever competing for an Oscar in its official language?”
“Lionheart” is about a woman who takes over the running of her father’s business when he is forced to give up due to ill health. The film premiered at the Toronto International Film Festival and was picked up by streaming giant Netflix in January.

Jahnvi Kapoor’s Movie ‘Gunjan Saxena: The Kargil Girl’ to be Released on Netflix

Friday Mania - July 3, 2020
0
Amidst the rise in coronavirus in the country the Central government has decided to postpone the national level medical and engineering exams....