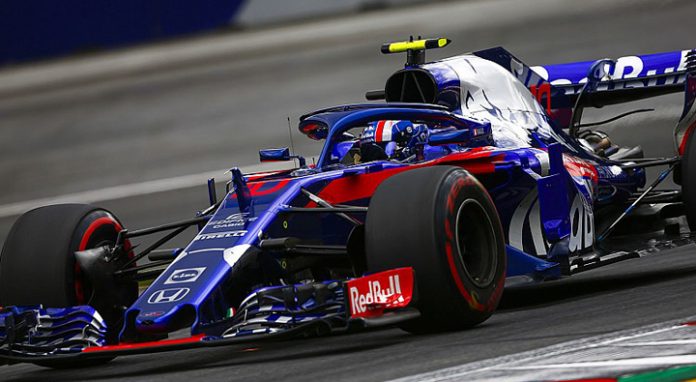 French racing driver Pierre Gasly, who is currently with Italian Formula One racing team Toro Rosso, has said that he would like to take Australian racer Daniel Ricciardo‘s place in Red Bull.
The 22-year-old, however, added that he is not thinking about the same and is content with his current position, Sports24 reported.
“Yes, I would like that but I’m not thinking about it too much. I am happy with my season so far at Toro Rosso, I’m happy to be here. At the moment, nothing is decided, I think,” Marca quoted Gasly, as saying.
The Red Bull team are currently exploring their options to fill a big void left with the departure of Ricciardo. Along with Gasley, there are other racers like Carlos Sainz and Brendon Hartley who are strong contenders for the position.
“It depends how you see things. Look at Red Bull and all the drivers who did not reach the first team, or look at Verstappen, Vettel, Ricciardo and the others who were successful. Brendon is pretty fast and doesn’t make it easy for me. I don’t care what teammate I have next season, because if I want to be the best, I have to fight against the best,” Gasley said.
Earlier this month, Ricciardo had shocked the Formula One racing world by announcing his departure from Red Bull, thus ending his five-year-long association with the team. He has won a total of seven races for the team.