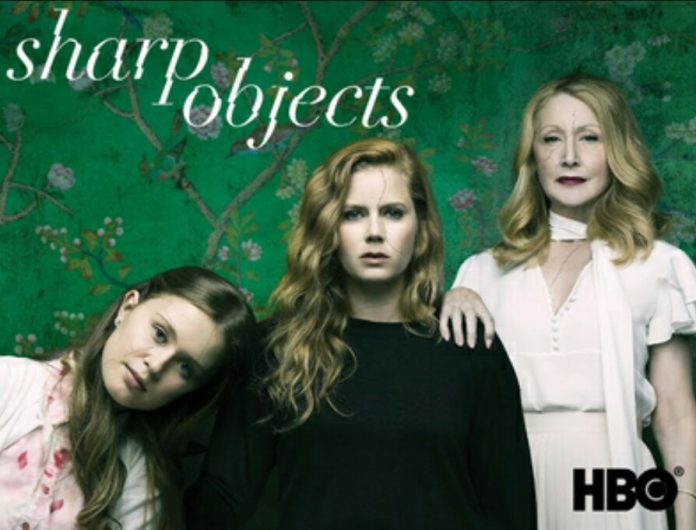 By Sreejith Kamalanayanan
Two girls go missing in the small town of Wind Gap. Crime Reporter Camille Preaker is asked by her Editor to investigate the incidents and prepare a story. Preaker, played by Amy Adams, is hesitant to go to Wind Gap as the sleepy town is her hometown.
HBO’s mini-series Sharp Objects invites us to the sleepy town called Wind Gap where the people seem to possess some secrets. The protagonist Camille Preaker ran away from the town to escape from her mother and the not-so-genuine townsfolk.
The mini-series has so far aired five episodes and it is grim mystery thriller. The two girls went missing are found to be murdered later. The police seem to show no interest in the probe.
The chief of police believes that the murders are the handiwork of an outsider. He rules out that the possibility that someone from his own town could have committed the gruesome murders.
Detective Richard Willis, who came from Kansas City to assist the police chief, senses that something is wrong with the town. He believes someone from the inside may have committed the murders. But the chief dismisses his theories and dislikes his style of investigation.
The first four episodes of Sharp Objects spent time to build its characters. The viewers are absorbed into the town of Wind Gap. We feel the town as boring and as still as death.
Most of the characters in Sharp Objects are unlikable and sometimes irritating. Camille Preaker’s mother Adora (Patricia Clarkson) is a prime example. She dislikes her first daughter Camille as she blames her for second daughter’s death.
Adora is overly protective of her daughter Amma, from her second marriage . She doesn’t want Amma go near her step sister as she thinks Camille is ‘danger’.
We are repulsed by almost every single character living in Wind Gap. Detective Richard Willis appears to be the only sane human being and he is not from Wind Gap. Though Camille can’t cope up with the ways of her hometown, her won emotional troubles appear to be repulsive.
Camille carries her troubled past along with her. She is an alcoholic and wounds her flesh with sharp objects whenever she suffers a breakdown. The director uses jump cuts to show that Camille’s past is very much alive in the present.
Sharp Objects is based on the famed novel written by Gillian Flynn. Like all the contemporary TV series, Sharp Objects is dark and has troubled characters. Amy Adams and Patricia Clarkson deliver wonderful performances.

First Feature Film “Caste: The Origins of Our Discontents” by DuVernay...

R.I.P Dr.John ,the Music World will Miss You.