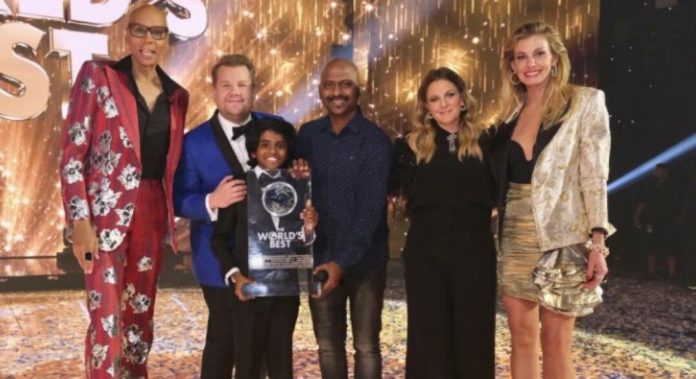 American reality show, ‘The World’s Best ‘ saw a wonder pianist from Chennai who defeated South Korea’s The Flying Taekwondo Masters to win the coveted title and the cash prize of a whopping USD 1 million

Lydian Nadhaswaram is the son of Tamil music director Varshan Satish .In the finals, a report by India Today claims, the 13-year-old impressed the judges as well as the audience by performing two piano medleys. The front line judges Faith Hill, RuPaul Charles and Drew Barrymore, along with 50 other judges from across the world, made the final decision of declaring Lydian the winner of the CBS talent show. James Corden was the show’s host.

In the final tally, Lydian was much ahead of his closest competitor. While his score stood at 84, Kukkiwon’s at 63. Lydian was accompanied by his musician father as he received the award. Drew Barrymore, a few other judges and some members of the audience were in tears when Lydian was declared the winner.