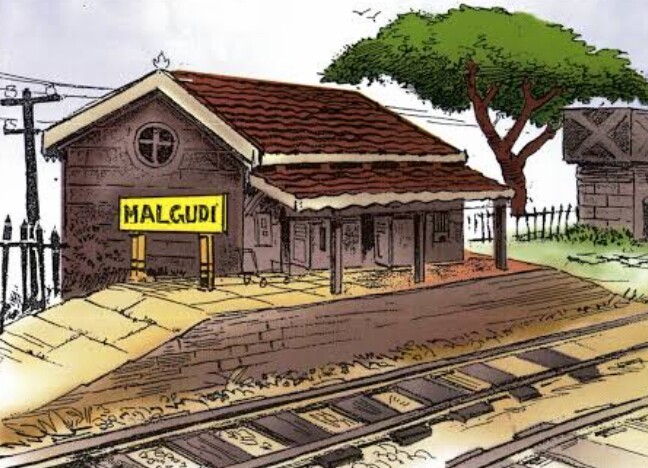 Arasalu railway station in Shivamogga district, Karnataka to be known as Malgudi station from now on.
RK Narayan’s fictional town Malgudi to get a permanent status . Arasalu Railway station in Karnataka s to be renamed as Malgudi .Indian Railways decided it as a homage to the location of director-actor Shankar Nag’s popular television series – Malgudi Days – some of whose scenes were shot at the old Arasalu railway station.
The series was an adaptation of the heartwarming short stories set in the fictional town of Malgudi written by novelist RK Narayan. The plan to rename the station was confirmed by Shivamogga MP BY Raghavendra, who stated that there was a demand to rename the station after Malgudi Days.

Shankar Nag, who directed the television series that aired in the 1990s, chose Agumbe and other nearby areas as locations for shooting due to their rustic ambience. Arasalu, with its small railway station in which just two trains passed up and down every day, provided the ideal location for a few of the scenes, something that RK Narayan also approved of after visiting the location of the shoot for the episode based on his story, The Old Man at the Temple.

Queensland, Perfect Destination for Your Honeymoon