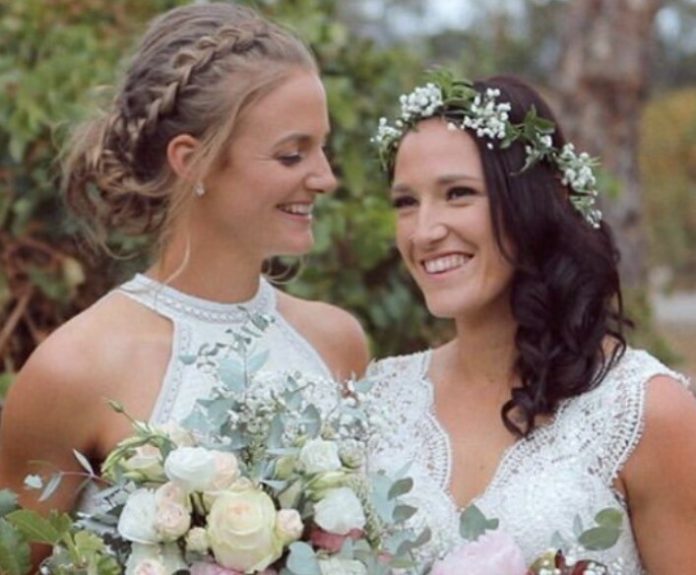 Australia’s women cricketer Megan Schutt married her long-time partner Jess Holyoake. Meghan Schutt was always an advocate of same sex marriage and when duo decided to get married after the Australian government passed a bill making same-sex marriages legal in the country in 2018 and Megan Schutt, had celebrated the ‘Yes’ vote with a post on social media

Schutt is one of the best fast bowlers in women’s cricket and is currently ranked as the no.1 in ICC Women’s T20I rankings. 26-year-old Megan Schutt has played 51 ODIs and 47 T20Is for the Aussies and is also in the fourth spot in the ODI players ranking for bowlers.

Schutt has always stood in the forefront to criticize the policy management of Australian women’s cricket and is currently a member in the management to improve the situation. Schutt had won the ICC Women’s World Cup in 2013 with Australia and had picked 15 wickets at an economy of 4.13. In March 2018, during the 2017–18 Women’s Tri-Nation Series in India, Schutt became the first bowler for Australia woman to take a hat-trick in WT20Is.

The news of the wedding was announced by Megan in twitter and she posted it as the happiest day in her life.

Kohli admitted that Indians Were Outplayed by England At the...