China introduced new rules in August limiting the amount of time under-18s can spend on video games to three hours a week, a move it said was necessary to combat gaming addiction, but causing young Chinese gamers to express outrage at the rules.

“On some online trading platforms, there are game account rental and sales businesses, users can bypass the supervision by renting and buying accounts and play online games without restrictions. This means that there are still loopholes for teenagers to enter online gaming, which is worthy of attention,” a commentary in the Communist Party’s official People’s Daily newspaper said. 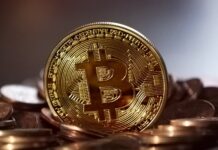 Google News Give Access to Articles from Multiple Languages