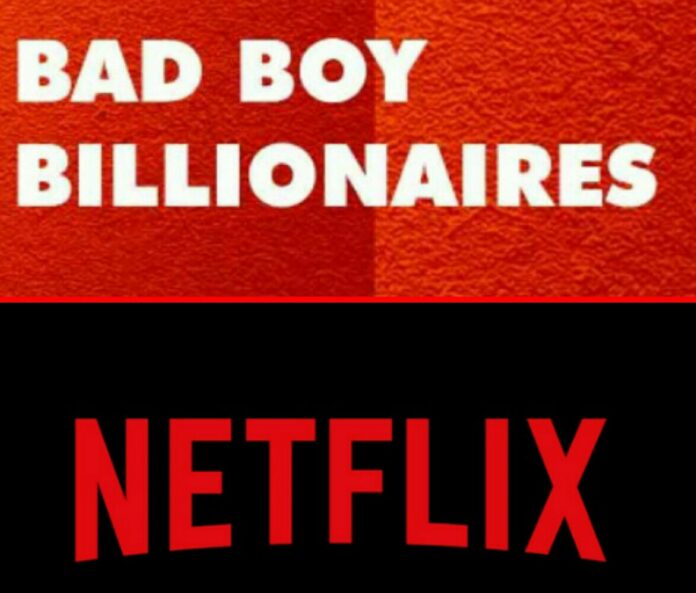 One docuseries of Netflix is in news as the release of said Netflix documentary ‘Bad Boy Billionaires’ which was scheduled to be released on 2nd September has been postponed. As per news reports of the Indian Express, A “local court” (sic) in Bihar’s Araria district last week passed an interim stay order on the broadcasting of Netflix documentary ‘Bad Boy Billionaires’, scheduled to be released on September 2, following a petition from Sahara chief Subrata Roy.

The Economic Times has reported the matter, “Netflix’s series ‘Bad Boy Billionaires’- was challenged in two separate petitions before two separate Courts last Friday. While the Delhi High Court had rejected absconding diamond merchant Mehul Choksi’s writ, a “local Court” (sic) in Bihar had ordered interim stay on transmission of the series using the name of Subrata Roy, Chairman of Sahara India till the appearance of Netflix’s counsels.”

{I have serious objection on the Prefix “Local” used before the Court as same has not been used elsewhere in legal framework and seems to be de-limiting and de-meaning the authority of the Court.}

The Economic Times has reproduced the order of the Araria Court as under, “This Court is of the considered view that the plaintiff (Subrata Roy) has qualified tripartite test of prime facie case, balance of convenience and irreparable loss and grant of ad interim injunction in its favour as such the defendants including their employees, directors, officers, associates or any person or entity acting on their behalf or under their authority are restrained from releasing, transmitting, distributing, exhibiting, performing or communicating to the public by any means or technology by audio or video performance of the impugned trailer of Bad Boy Billionaires using the name of Subrata Roy till the appearance of the defendant and filing show cause”.

Legally speaking the tenor of The Economic Times in detailing the facts is not appropriate as both cases are of different nature. Plea of Mehul Choksi was discarded by the Hon’ble Delhi High Court on various grounds inter-alia same is not maintainable in writ as remedy lies with Civil Court. Secondly, order of Court of Araria, Bihar is prima-facie appropriate considering the fact that defamation is precursor to the freedom of speech as per Constitutional scheme.

Leaving apart the merits of the pending case, the statement of the Ministry of Electronics and Information Technology (MeitY) to the Hon’ble Delhi High Court that, “it does not regulate the content on OTT platforms unless that interferes with national security”, is of grave concern.
OTT stands for “over-the-top,” the term used for the delivery of film and TV content via the internet, without requiring users to subscribe to a traditional cable or satellite pay-TV service. It must be an undisputed fact that during the Covid Period, when people were ceased to stay in boundaries of their home, OTT contents have predominantly ceased the attraction of people and gained popularity.

Considering the fact that said contents are available even on the Mobile Handsets without any restrictions. This demands greater supervision of the contents. Observations of the Hon’ble Supreme Court while uphelding the Censorship of Films, in the case of K.A.Abbas vs. Union of India, are quite relevant. It was observed by the Hon’ble Court that films have to be treated separately from other forms of art and expression because a motion picture is able to stir up emotions more deeply than any other product of art. Without any exception, these words ought to apply mutatis-mutandis on the OTT contents.
People are witnessing that field of Entertainment has been grabed by the Web Series full of unusual and extreme Violence, Nudity and Insane Psycho sort of plot of Story and Characters. Undoubtedly Censorship of the OTT contents is moot question to be taken up by concerned authorities.

As per news reports, it is clear that Netflix has decided to move to Hon’ble Supreme Court against the Stay Order of the Court of Araria District, Bihar. There is hope that apart from dealing with rights of one individual, said Stay Order will become a milestone by strring up the debate for Regulation of the OTT contents.
By Priydarshi Prateek

Startup success: The story of Focaloid