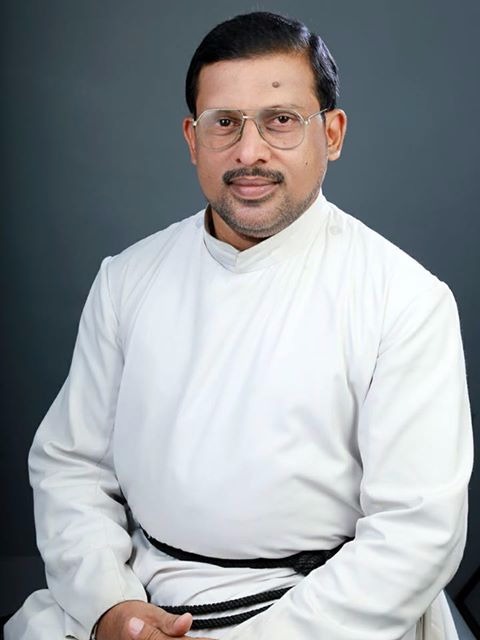 Born talents cannot be hidden at any point of time .The success saga of Ln .Fr. Sunil Kumar is all about perseverance and talents. Fr. Sunil Kumar of Holy Apostolic Catholic Assyrian Church of the East is a person with action and enthusiasm. He makes things which are impossible into possible  with his caliber and capacity . In an exclusive interview with The Friday Mania Fr.Sunil Kumar shared his journey to the paths of success in detail.

When we met him at his residence we were astonished by the many awards received  by him in various fields and above all we had the opportunity to talk to a person who has crowned himself with his simplicity and nobility. He has inherited the talent of acting from his maternal side and started acting at the age of six .  Shifting his stay to Kunnamkulam was a real turning point in his life .He was elected as the joint secretary of Kalaripayattu association at the age of fifteen. A master of martial arts he taught around 300 students and later in 1988 he became Indo Srilankan Karate brown belt champion. The very next year he received his black belt.  Usually talent is mostly confined to one area but this versatile  artist has embarked his various activities on every field be it Martial arts or acting. Life has taken him through many ups and downs but the ebb and flow has not affected his will power and positivity . He met with a major accident while going for a drama programme and was on a coma state  for a year. Fr. Sunil Kumar rose like a phoenix from the tragedy and converted it as a blessing to come back with more vigour and vitality. After his come back in 1994 he never had to look back. He is actively involved in the activities of Lions club and is a charter member of Thrichur Melvin Jones club.

He spoke to us in detail about his passion for acting and has won best actor award for his instant drama and later decided to learn professional drama .He recollects his role as a police officer in a professional drama and got  Rs. 60 as reward for his role. He received best actor award from Thrichur Art Society and Fine Arts society . He is also a renowned social activist and works with an NGO for the welfare of the society and works towards eradicating dowry system.  He is a proud father of three children and they all have inherited his talents and that gives him the happiness of a life time.

An actor, karate Guru, Kungfu trainer, weight lifter, Kalaripayittu champion , social activist above all a good human is an apt way to describe Ln.Fr.Sunilkumar .And of course he is all set to scale new heights.