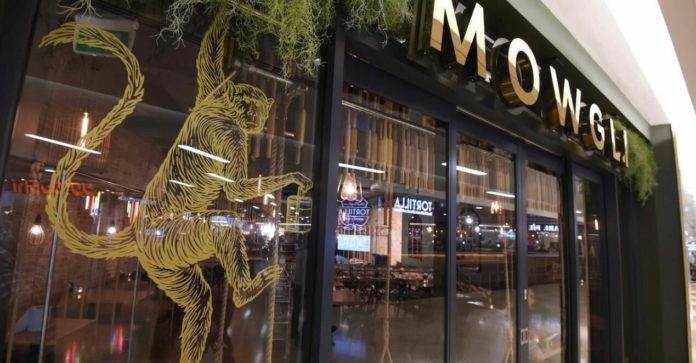 Mowgli: The Legend of the Jungle by Netflix is bringing back everybody’s beloved man cub to the screens once again. The human child raised by wolves is one of the most enduring characters created by Rudyard Kipling.

You may know the fictional character Mowgli but how many of you are aware that there is a restaurant chain in UK named Mowgli?

Mowgli Street Food is a restaurant chain started by entrepreneur and chef Nisha Katona. Katona is of Indian origin but was born, raised and living in UK.

Nisha Katona launched the restaurant in 2014. The restaurant’s website says Mowgli is all about “how Indians eat at home and on their streets.”

It also claims that Mowgli “is not about the intimate, hushed dining experience. It is about the smash and grab zing of healthy, light, virtuosic herbs and spices.”

We can download the menu from the restaurant’s menu. Reading the menu itself is a funny experience. The names of some of the dishes are very quirky that we may feel compelled to check them.

“IF INDIANS DID FULL ENGLISH…”

Katona has been a full time barrister for 20 years but quit that career to start Mowgli Street Food in Liverpool. She is 47 year old and describes herself as a curry evangelist.

She is a well known food writer. Her writings have appeared in Daily Telegraph, The Sunday Times and The Independent. She has authored books like Pimp My Rice, The Spice Tree and Mowgli Cook Book.

Katona also appears in TV shows related to food and cooking. She has appeared in cooking shows of BBC, ITV and Channel 4.

Katona presents the Recipes that Made Me show aired by BBC Two. In the show she travels across UK exploring Indian food recipes.