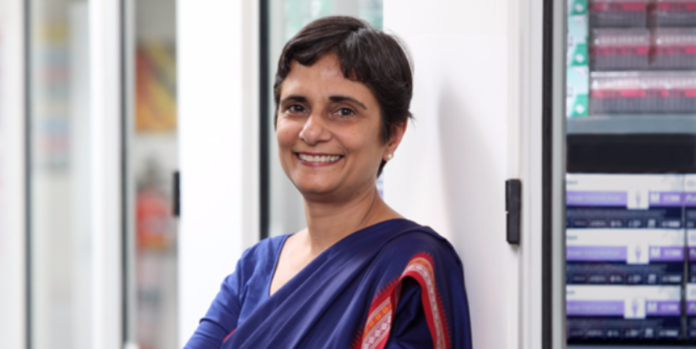 An Indian becoming the Royal Society Fellow is not the first time. But an Indian woman Scientist getting elected as Royal Society fellow is for the first time. And it’s a big victory for the nation . Dr Gagandeep Kang, is the first woman scientist from India to have received this honour, while Mumbai-born Padma Bhushan awardee Dr Yusuf Hamied was elected as Honorary Fellow.
The Fellowship of the Society is an incredible honour in the scientific world, and Gagandeep Kang, along with the other new Indian Royal Fellows have now joined the ranks of Isaac Newton (1672), Charles Darwin (1839), Michael Faraday (1824), Ernest Rutherford (1903), Albert Einstein (1921), Dorothy Hodgkin (1947), Alan Turing (1951) and Francis Crick (1959) — brilliant scientific minds who created history with their scientific work.
Earlier way back in 1841 Parsi-born Ardaseer Cursetjee Wadia, an Indian shipbuilder and engineer belonging to the Wadia ship building family, was the first Indian to be elected a Royal Society Fellow.
The Twitter handle of the Principal Scientific Adviser to Government of India, currently headed by professor K VijayRaghavan, posted a tweet congratulating the Indian scientists elected Royals Society Fellows, and said “Kang is the first woman Fellow from India, if I am not mistaken.”

Gagandeep Kang is the executive director of Translational Health Science and Technology Institute (THSTI), Faridabad. It is an autonomous institute of the Department of Biotechnology, Ministry of Science and Technology, Government of India.
Kang is a leading scientist in India and her main research focus is on viral infections in children, and the testing of rotaviral vaccines. With over 300 scientific research papers, she serves on the editorial boards for several journals.
She is also a member of several review committees for national and international research funding agencies, and on advisory committees which are mainly related to vaccines.Since 2015, Kang also chairs the WHO SEAR’s Regional Immunisation Technical Advisory Group. She is the winner of many prestigious awards in India and abroad.