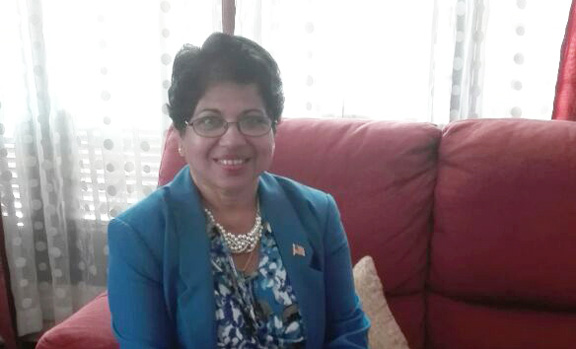 Excerpts from the exclusive interview with Dr. Aney Paul given to The Friday Mania.

Aney is the first Indian female nurse to become a county legislator. She started nursing in 1971, which wasn’t a respected profession back then. But her father encouraged her. Soon she was well known for helping people. For her service, she received an award from Indira Gandhi in 1980. Aney is also the first woman president of the Hudson Malayali Association(2011). Very soon she was invited to join the democratic party. This was the first time she was running for a party. Aney soon became the town legislator, not once but twice. This was a big win for Aney, but more rewards came her way. She was given the excellent nurse award in Rockland. She also became the president of the New York City laboratory. Aney believes that her organizational skills helped her a great deal to pass the nursing exam. Very soon she started a nursing school in Rockland. Aney admits that being a majority leader is not a piece of cake. When asked whether she is a feminist, Aney is all smiles and excited to talk about her role in empowering the women of Rockland. She is the chairperson of government minority and women enterprises.
Aney also supports women in business because she feels that women don’t have accessibility to the business partnership. She also willingly addresses the issues of waste management to the people of Rockland. Aney also started an annual Winter Coat Drive where new and used winter coats and clothing were donated to the less fortunate people of Rockland. Aney’s social work and service have been a great help to ‘Helping Hands of the Homeless of Rockland County’. Aney remarks that she was extremely pleased to present the Distinguished Service Award to five successful business owners. She said that the efforts of the Legislature had started bearing fruits.
Aney who is a healthcare professional says that she has spent a majority of her career in promoting the benefits of breastfeeding. Aney is striving to create breastfeeding-friendly communities throughout Rockland. In celebration of Indian Heritage month, which was held in August, she arranged a musical performance of table drummers the day before the Legislative meeting. Aney says that this wouldn’t have been possible without the help of the Indian Cultural Society of Rockland. Aney is determined to make Rockland a healthier place. She has played an integral part in increasing the legal age of using tobacco in Rockland to twenty-one. She has worked tirelessly to ensure a smoke-free Rockland. Aney is a philanthropist and her endless services to Rockland has definitely made a huge difference. She works selflessly and prioritizes other’s needs before hers. All of Aney’s qualities make her a perfect leader. She is an inspiration to all aspiring leaders. We need more leaders like her. Aney is a great leader who has made Rockland a better place.

Alphons : A Life in Music