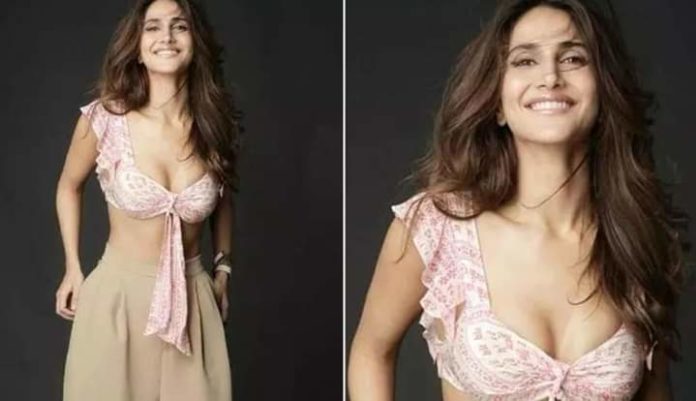 Lord Ram has once again stoked a fresh controversy thanks to a right wing fanatic. No, this is not about Babri Masjid, Ram Mandir, Ayodhya or the recent Supreme Court verdict related to it.

Lord Ram is in news again thanks to Bollywood star Vaani Kapoor. The ‘War’ star is accused of hurting the religious sentiments of right wing Hindus by wearing a deep neck blouse that had the word Ram written all over.

The controversial photograph appeared in the official Instagram account of Vaani Kapoor. Though the sizzling photograph of Vaani is hot enough to raise temperatures, it has landed the actress in a soup.

The sultry attire worn by Vaani Kapoor appears to have given sleepless night to a Mumbai man, who filed a complaint with the police against Vaani Kapoor. The complainant claims he is an ardent devotee of Lord Shri Ram.

The police have filed an FIR based on the complaint. Soon after it became controversial, Vaani Kapoor deleted the photograph from her Instagram profile.

Vaani Kapoor made her silver screen debut in 2013 with the romantic comedy Shuddh Desi Romance. The movie garnered critical acclaims and went on to make money at the box office.

Vaani had undergone a 10-month long training routine for preparing for War. She had shared a sneak peak into her work routine on Instagram before the release of War that set the Internet on fire.