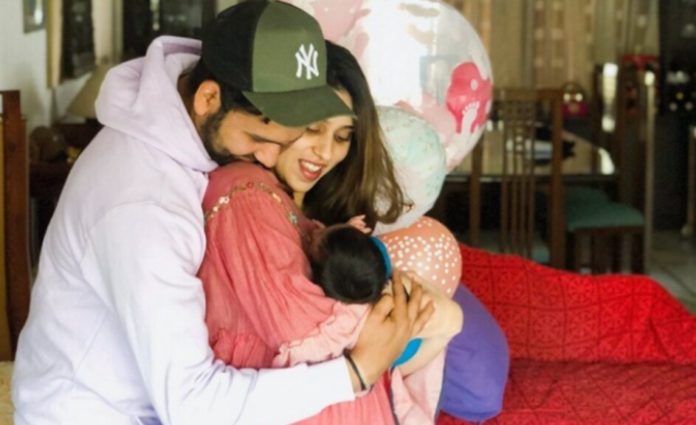 Rohit Sharma’s daughter Samira Sharma gets a recognition for his father’s compassion towards animals and a little female black rhino has been named after her at the Ol Pejeta Conservancy, which is a not-for-profit wildlife conservancy in Central Kenya’s Laikipia County.. The cricketer got quite emotional with this gesture and shared his happiness on Twitter.

In his post, Sharma wrote that the gesture made him emotional and termed it to be very special. He noted the conservation of rhinos is a cause that is very close to his heart. The 31-year-old also mentioned Sudan and wrote that he meant so much to him and his wife. He even thanked Ol Pejeta for the honour and added he couldn’t believe that his two-month-old has a rhino named after her in Africa.

“This made us so emotional! This is so special! Conservation of Rhinos is a cause so close to our hearts & Sudan meant so much to us,” he wrote while sharing an adorable photo of the little female black rhino calf. “Thank you @OlPejeta for this honour. Can’t believe our two-month-old has a Rhino named after her in Africa, unbelievably special,” he tweeted.
Indian Cricketer Rohit Sharma and his commitment towards protecting rhinos is quiet well known. The Indian batsman is committed towards protecting the endangered species in every possible way. He is actively associated with WWF India and also created a lot of awareness about the last Northern White Africa male rhino, Sudan, who is no more.