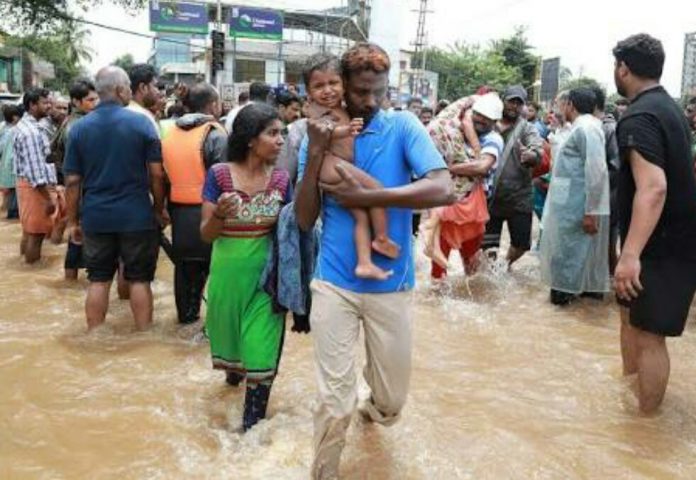 The rain which has created havoc in every districts of God’s own country has come to a halt leaving the entire state in devastation. If you look around we can only see heaps of destructions and loses amounting to deaths, injuries, shelter less etc. What is the need of the hour? United efforts can always see victory. The  entire world expects the same from all of us at this hour of need. A little compassion and togetherness can take us a long way and we can scale miles with our little care and concern to our fellow beings. First the humanitarian gesture  of Keralites  especially the fishermen joining hands with the military teams and disaster response forces for the rescue and relief operations had a soothing effect  on all of us .By this action we could show the whole world that we have the courage and mind to overcome any crisis and we will do it. Now with the water  receding  and more than seven lakhs people in relief camps the government and the people are fearing the risk of epidemics especially water and air  borne  diseases spreading across the state. But we should spread the message of hygiene and precautions to prevent this yet which is yet another task in our hands. 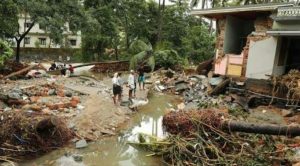 The efforts of all volunteers, local bodies and the government  has to be highly appreciated especially in the management of a crisis which we have never heard about in almost a century. Now the herculean  task lies in our efficiency to reconstruct and rebuild the state in a proper way. Constructing the roads ,helping the homeless, containing the diseases  all need real efforts. Our Non- Residents are doing a matchless service  by collecting maximum possible fund towards Chief Minister’s Relief Fund to help their home state . Even though the central government has released an interim relief amount it’s nowhere near our estimated loss. We owe a sigh of relief and a note of gratitude to the international community also for their quick and fast response in extending their relentless support and financial help to overcome our tragedy. Even though this big flood is not declared as a national calamity the entire nation has taken it as  a tragedy happened to their own states. Most of the state heads, country heads all have extended their help towards this. This is the time we realize that no caste, creed, or color can stop us from being humans. An occasion which tells us that unity is the mother of all.

Indians from different parts of the country are using social media to help people stranded in the flood-hit southern state of Kerala.Hundreds have taken to social media platforms to co-ordinate search, rescue and food distribution efforts and also to reach out to people who need help.
The Friday Mania as a team stand with the state at this hour of crisis and willingly reach out to the people for any help towards  the rescue and relief operations. We appeal to all to give a helping hand to rebuild our state by contributing to Chief Minister’s Relief Fund for a better Kerala.

Go to the link and contribute.