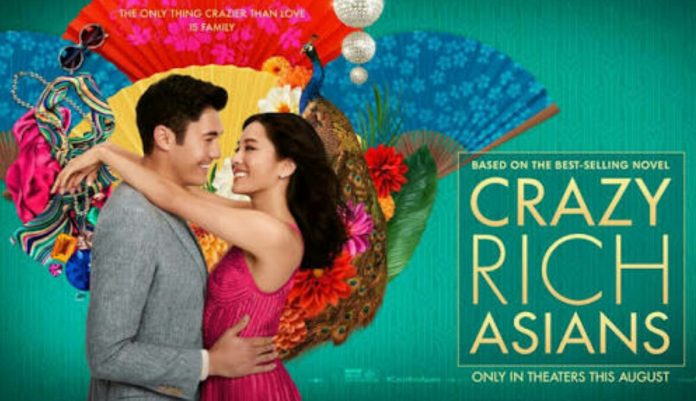 Crazy Rich Asians which will be released in theatres on August 15 in the United States by Warner Bros. is an American romantic comedy-drama film based on Kevin Kwan‘s novel of the same name. Produced by Nina Jacobson and Brad Simpson of Color Force, it is directed by Jon M. Chu. The film stars Constance Wu, Henry Golding, Gemma Chan, Awkwafina, Kris Aquino, Lisa Lu, Nico Santos, Ken Jeong, and Michelle Yeoh, and follows a young Asian American woman who travels to meet her boyfriend’s family, only to find out they are one of the richest in Singapore.

It is the first film by a major Hollywood studio in 25 years to feature Asian-Americans in the predominant leading roles since 1993’s The Joy Luck Club.[2] The film received positive reviews from critics, who praised the performances and production design.

“Fresh Off the Boat” actress Wu plays New York economics professor Rachel Chu, who flies to Singapore to meet her boyfriend’s family only to discover that it is one of the wealthiest in the country.

Amid the lavish parties and romantic setbacks, the film highlights the clash of Western and Asian cultures and the tension between old-money Chinese families in Singapore and the nouveau riche. 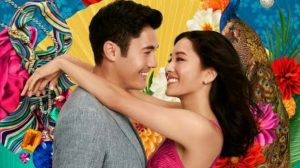 It is also a love letter to Singapore, as the camera lingers on the city’s modern and traditional architecture, parks, nearby tropical beaches, street food and music. The cast was drawn from Taiwan, Britain, China, Malaysia, the Philippines, the United States and Australia, along with Singapore, where it was filmed.

Gemma Chan, a London-born actress of Chinese heritage, said that making the movie had made her re-think her identity.

While the film is unapologetically Asian, even down to a game of Mahjong and a dumpling-making scene, the filmmakers say its themes of family, love and the struggle to be accepted are universal.“It is a rare movie that is culturally specific, yet for the world,” said actor Ken Jeong.

The movie gives everything to entertain you with fantastic visual feast with a refreshing romance.