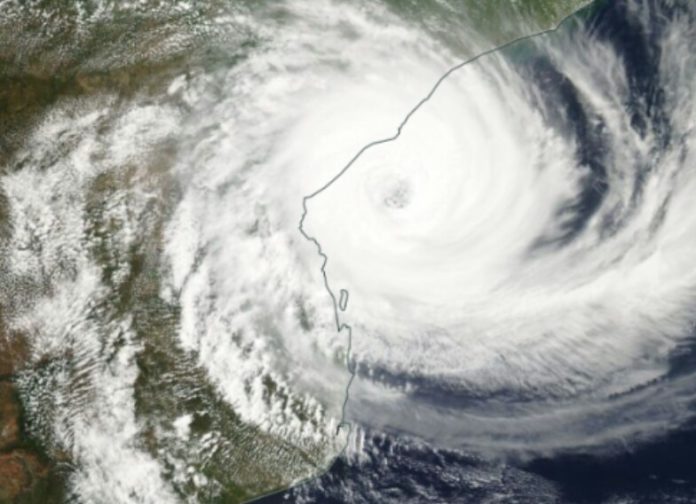 Cyclone Idai has caused massive damage to the Mozambican port city of Beira, with nearly 90 percent of the area destroyed, the Red Cross said on Monday. Mozambican media said about 84 people have died, 68 of those in Beira.

“The scale of devastation is enormous. It seems that 90 per cent of the area is completely destroyed,” said Jamie LeSueur, who is leading the International Federation of Red Cross and Red Crescent Societies (IFRC) team into Beira. “Almost everything is destroyed. Communication lines have been completely cut and roads have been destroyed,” he said in a statement. The cyclone has also killed at least 89 people in Zimbabwe.

According to United Nations report about 1.5 million people in total have been affected by Cyclone Idai’s torrential rains and winds that have reached speeds of up to 200 kilometers, or 124 miles, per hour. The tropical cyclone made landfall near the coastal city of Beira, Mozambique, which lost electricity and communications in the storm. The cyclone weakened as it moved into eastern Zimbabwe Nonetheless, it remained powerful enough to wipe out infrastructure and homes, leaving many people stranded in inaccessible regions in the country’s eastern highlands. In Zimbabwe, an additional 65 people were confirmed dead on Sunday, according to government officials.