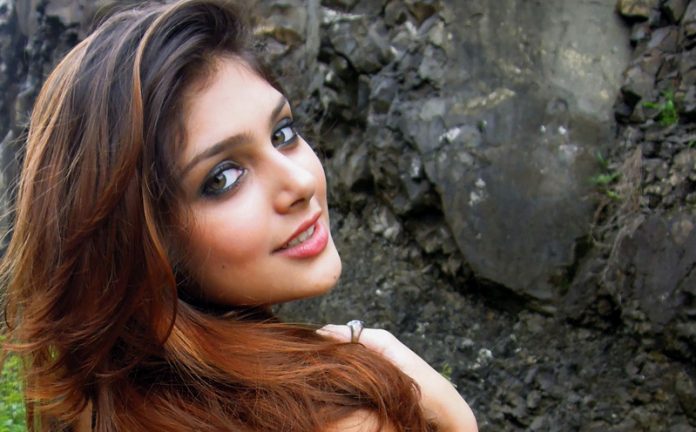 KR Rejeesh
Actress Ishitha Chauhan is just one-film-old in Mollywood. But when talking about the film “Asha Black,” she goes nineteen to the dozen. Though she had acted in two films earlier in Hindi, “Asha Black” (2014) was her first film in a lead role. Overwhelmed by her experience, Ishitha feels that working in Mollywood was like working in the ‘Mecca of the Indian film industry’.
“I believe that some of the best movies are made in Malayalam and they are remade into other languages. Films like “Drishyam”, “Bodyguard” and “Bhool Bhulayya (manichithrathaazhu) were great hits,” she says. “Incidentally, “Asha Black” will be released in Hindi soon.”
Though “Asha Black” failed to set the cash registers ringing at the box-office, Ishitha’s character Asha Sreenivasan was well received by the audience.
For Pune-born Ishitha, arc lights are not unfamiliar. She was into modeling and advertisements at an early age. In Ishitha’s words, films give her more scope for self- expression.
Talking about her entry into Mollywood, the vivacious actress recalls: “The offer came to me through a common friend and we met the Director, John Robinson. After the meeting, I found the script impressive, which was based on today’s teenagers.” 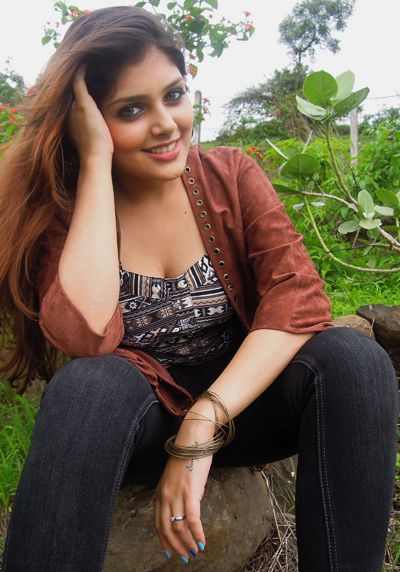 It was a challenging role for Ishitha, as she was just 13 years old then and had to portray the character of an 18-year-old girl. “I had to mentally prepare myself for this role. It was a new experience and very exciting too,” she says.
Though Ishitha is yet to sign for another Malayalam movie, she is open to good scripts. “For an actor, acting is the ability to express and live a character. In this profession, language is not a barrier. As long as the role I depict is meaningful and challenging I will take it up,” Ishitha clarifies.
Currently, she is getting offers from Tamil and Telugu. “I did my first assignment when I was four years old and since then there has been no looking back,” the Class 12 student adds.
Meanwhile, the teen actress would like to do characters like Rani Mukherji portrayed in “Black”, Priyanka Chopra in “Mary Kom”, Anne Hathway in “Princess Diaries.”

Niranjana Anoop The Rise Of a Star