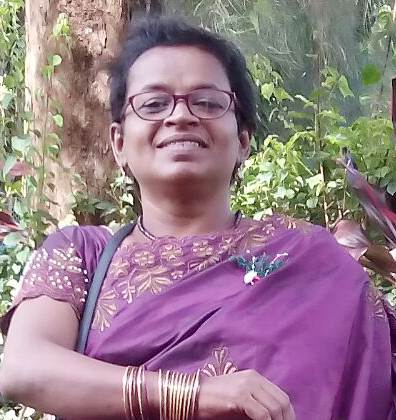 Walking barefooted, trampling on the fallen dry leaves, listening to its crumpling sound in the backyard of my grandpa’s house…was a thrilling experience to me … as a child of eight.

Being summer holidays, I used to spend it at Karukutty, a rustic village in Ernakulam where my grandparents stayed. To me holidays meant climbing trees, plucking mangoes and guavas and playing those traditional games like “Kuttium-Kolum”, “Uppinu Pona Vazhiyethu and the like. But, here, I was left alone at a small house in Karukutty, surrounded by acres of green land, rice fields, , a canal behind the house and a farmhouse . However, now it is something I cherish and which today’s generation miss out on.

I used to walk alone under those lovely Tamarind, Cashew, Mango and Jackfruit trees, listening to the chirping and twittering of some migratory birds, the cool breeze, chasing butterflies and catching those colourful dragon flies. I had a friend, a cuckoo bird which perched upon the branch of our huge tamarind tree every morning and kept cooing all the while. It was fun trying to mimic my cuckoo and I think he was annoyed a bit. He used to increase his cooing sound and so did I. Finally, he used to fly away to perch on another tree probably angry with me, and would remain silent for a few minutes. I also remember those ripe, tasty and sweet-sour tamarinds that fell down. I used to pick them up and relish it dipping it in the salt in my hand while listening to the cuckoo’s song.

Grandpa had the habit of taking a morning walk in his land and he used to take me along. There were seven types of Jacktrees and each had a name given by grandpa. There was one jacktree named “Pottaplavu” because when the jackfruits ripen, they used to burst with the pods jutting out from all sides. He affectionately caressed the trees and used to converse with them. It makes me think…how nice a person he was!

Those lonely hours were sometimes interesting too! Sometimes I used to sit on those long bamboo sticks with which the gate “Padi” was made of. One had to climb up and jump over the bamboo sticks to enter into our land “Parambu” from the road. The road wasn’t tarred; it was muddy (red mud) and slushy with puddles here and there, whenever it rained. For hours I used to watch those little frog lets in the puddle. The traffic was less with just some bullock-carts, a lorry or the white Ambassador car of a rich farmer who lived nearby. Each time a bullock-cart or car passed by, a few frogs would get smashed under the tyre while the rest of them would jump away towards the side of the road and escape. I used to feel sad for the dead ones and would jump down onto the road, dig a hole and bury them. 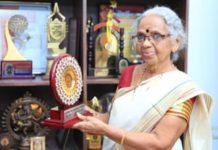 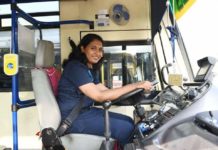 Unni Mukundan is ready for roles beyond the stiff action hero...